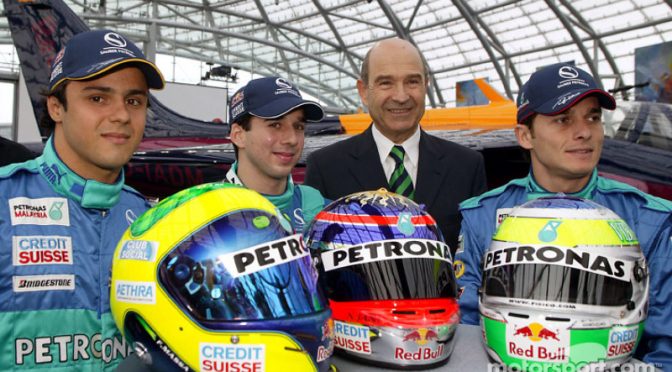 CLARK HAVING SEEN THE FUTURE KNEW THAT FERNANDO WAS DONE. NASIR GOES ON ABOUT WHY RED BULL DIDN’T WANT TO PRESSURE MAX WITH A FERNANDO…AND THIS WEEKS INTERVIEW…NEEL JANI

He was linked to a reserve F1 seat with the Sauber team. In 2004 however, he moved back to GP2 the following year. In December 2005 he was confirmed as Scuderia Toro Rosso’s third driver, alongside race drivers Scott Speed and Vitantonio Liuzzi, a role he held throughout the 2006 season, before departing to pursue a Champ Car career. For the 2008 F1 season, Neel was linked with the test driving role at Red Bull Racing.

As his father is from India, Jani was linked to the proposed Indian-backed buyout of BMW Sauber but this did not succeed. In early 2010 he tested for Force India and was rumoured to be involved with the team in 2010. However Force India signed Mercedes driver Paul di Resta as their test and reserve driver.