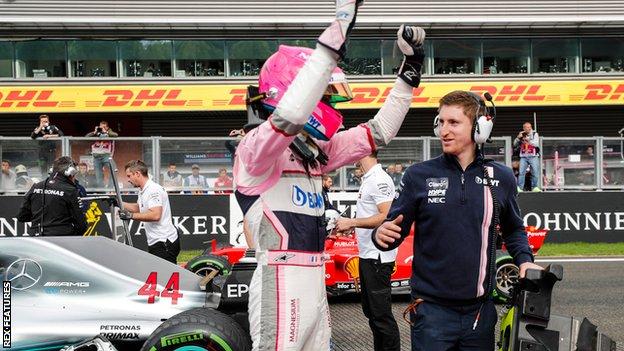 LCH beat  Vettel to a sensational pole position in a wet qualifying session at the Belgian Grand Prix.

He beat Vettel to the fastest time by 0.726s, finding a huge chunk of time in the final sector as conditions improved in the last few minutes of the session. Meanwhile, Force India accomplished one of the feel-good stories of the year, locking out the second row of the grid in third and fourth just weeks after the team was rescued from administration by new owner Lawrence Stroll. 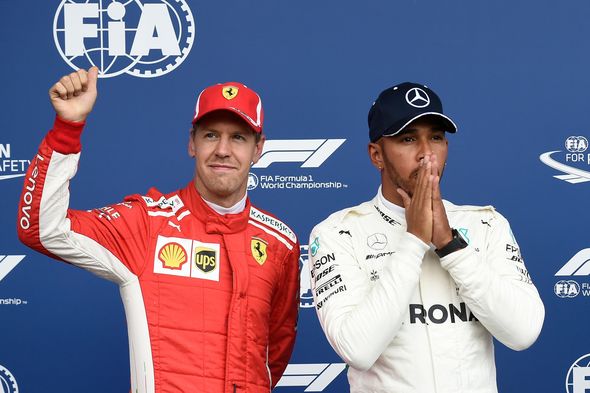 Both McLarens and both Williams cars were eliminated in first qualifying along with the Renault of Carlos Sainz.

LCH:”That was one of the toughest qualifying sessions that I can remember,” Hamilton said.

“It has just seemed to get harder and harder all year long.

In Q2 we were split between half a tenth so I was hopeful that I could make that slight difference but I knew it was going to be very close.

“But then the rain came and none of us have been driving in the rain this weekend so I can’t even express to you how difficult it was.

“You saw that I went off in Turn 1. You are tip-toeing and you don’t know. The track looks dry in some places and it’s actually wet.

“That was some of the toughest. The last race was very wet but that was difficult circumstances.

Hamilton’s team-mate Valtteri Bottas was 10th, not setting a time in Q3, but will start from the back after engine penalties.

Bottas had illustrated the madness of the opening minutes of qualifying with a spin at Blanchimont on his warm-up lap as the rain came down with the drivers on unthreaded slick tyres.

Hamilton also nearly lost his car just afterwards at the Bus Stop chicane, and all piled into the pits for intermediate tyres.

Vettel : “I don’t think we timed it quite right. I think we had the pace for pole but we will never find out. The gap was quite big so Lewis deserves pole but I think we have good pace for the race so I am confident. We have strong pace so anything can happen.

“I didn’t feel I got everything out and it was a bit of a scrappy session. But we saw others not putting enough fuel into until the end so it could have been a lot worse.”