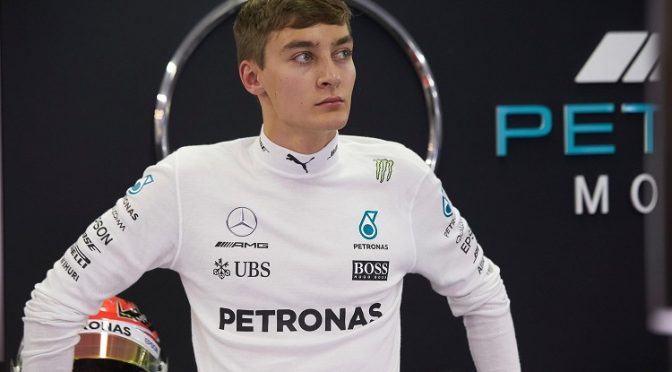 CLARK AND NASIR TALK ABOUT THE 2018 SEASON AND WHAT 2019 MIGHT BRING ABOUT. AND OF COURSE THE HOST MISSING FERNANDO CONTINUES TO RANT! NASIR ALSO SHARES HIS TRIP WITH F1W WEBMASTER TOBY DAWES TO CIRCUIT GILLES VILLENEUVE!

On the podium after winning the Austrian feature race in 2018

On 18 January 2018 Russell was confirmed as a driver for ART Grand Prix for the 2018 FIA F2 Championship,  which would see the new Dallara F2/18 make its debut in the expanding 12-race calendar.  He was also confirmed as the Mercedes-AMG Petronas Motorsport F1 Reserve Driver, sharing duties with Pascal Wehrlein on the 22 February 2018.

Russell qualified in 2nd position on debut at Bahrain, finishing 5th in the opening round of the championship. 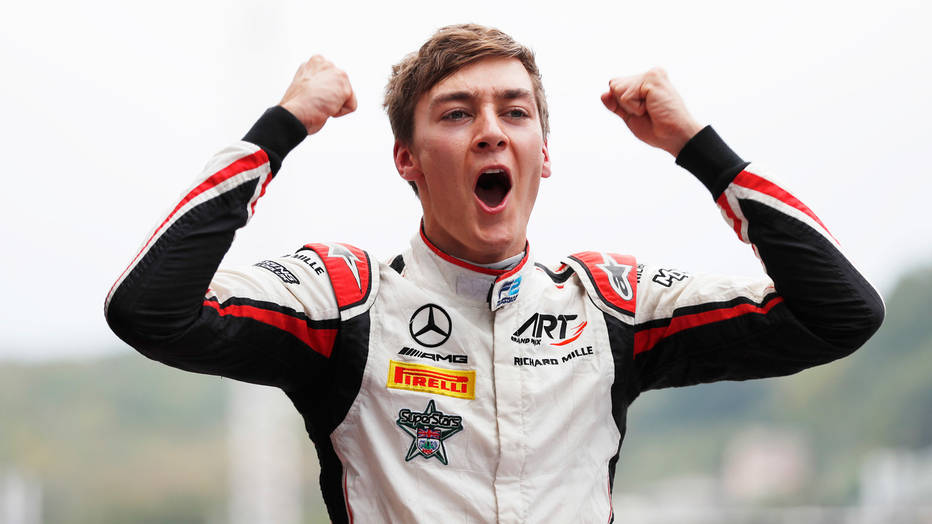 At Baku for the second round of the championship, Russell led the majority of the Feature Race before a late safety car caused drama at the restart, denying him a maiden victory in the series. Coming through from the back in the Sprint Race, Russell set the fastest lap on his way to taking victory from 12th on the grid.

Russell took his second victory of the season at Barcelona, after prevailing in a nail-biting duel with Nyck de Vries, taking his maiden Feature Race win of the season.  He followed that up with 4th in the Sprint Race to move up to 2nd in the Championship Standings.

In Monte-Carlo, Russell had an engine failure in Free Practice which severely limited his running. Russell was on the back foot, qualifying in 16th position and endured two races outside of the points.

Russell hit back in France at the Le Castellet (Paul Ricard Circuit), taking his maiden pole position in FIA F2.  He led a wet / dry challenging race from lights-to-flag and took his third victory of the championship.

On 19 January 2017, Russell joined Mercedes-AMG Petronas Motorsport as a part of their junior driver programme. It was announced that Russell would take part in both days of the Budapest Test on the 1–2 August, which followed the Formula One World Championship and support series races at the same circuit from the weekend before. On 7 November 2017 it was announced that Russell would make his Formula One practice debut at the 2017 Brazilian Grand Prix driving in the first practice session for Force India. Subsequently it was announced that he would also drive for them in first practice session for the 2017 Abu Dhabi Grand Prix.

Russell was announced as one of the Pirelli Tyre Test Drivers for Force India at the post-Spanish Grand Prix test on 1 May 2018. He completed 123 laps for the team at the test, his first in a Formula One car with 2018 specifications.  In October 2018 it was announced that Russell would be driving for the Williams Formula 1 Team at the start of the 2019 season where he will be partnered by Robert Kubica.