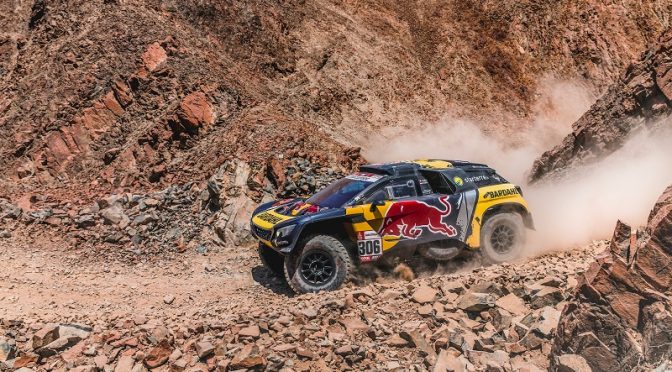 THE DESERT CHALLENGES KEEP ON COMING AT THE 2019 DAKAR RALLY

The first loop stage of the 2019 Dakar Rally had plenty of competitors going around in circles as they tried to find their way back to the bivouac in San Juan de Marcona. With over 300 kilometres of desert racing against the clock there were further fluctuations in the leaderboards by the time the dust had settled.

Getting the job done on stage seven was 13-time Dakar champion Stéphane Peterhansel (FRA) and his co-driver David Castera (FRA). Peterhansel went into today’s stage trailing race leader Nasser Al-Attiyah (QAT) by over 40 minutes – there was no option but attack. A stage win, clawing back close to 12 minutes on Al-Attiyah and moving to second overall represents a good day at the office for Peterhansel.

“We got a bit closer to Nasser, but it’ll be very hard to wrestle the lead from him.” – Stéphane Peterhansel

It was also one of the better days at the 2019 Dakar for Peterhansel’s companions in the X-raid MINI JCW Team. Carlos Sainz (ESP) collected his second consecutive third place on the stage while Cyril Despres (FRA) was in the Top 5 once again.

“We were able to push a bit towards the end of the stage and we arrived behind Stéphane (Peterhansel). That was the plan.” – Carlos Sainz

Al-Attiyah and co-driver Mathieu Baumel (FRA) are now just three stages away from Lima and giving Toyota Gazoo Racing their first Dakar title. They are benefitting from the support of team-mate Giniel de Villiers (ZAF) who is staying as close as possible to Al-Attiyah’s Hilux in case he can offer assistance on the stage.

“We got a puncture on the way home and had a battle finding a few waypoints. But all in all, not too bad. A nice run today.” – Giniel de Villiers

It was a tough stage for Sébastien Loeb (FRA) who was hunting a fourth stage win of this Dakar. The Frenchman lost 40 minutes due to an electrical issue in the first few kilometres. However, when Loeb got going again he was able to show his customary speed and eventually conceded less than half an hour to Peterhansel.

“It’s quite demoralising, we’ll see what we can do and what we can fight for in the coming days.” – Sébastien Loeb