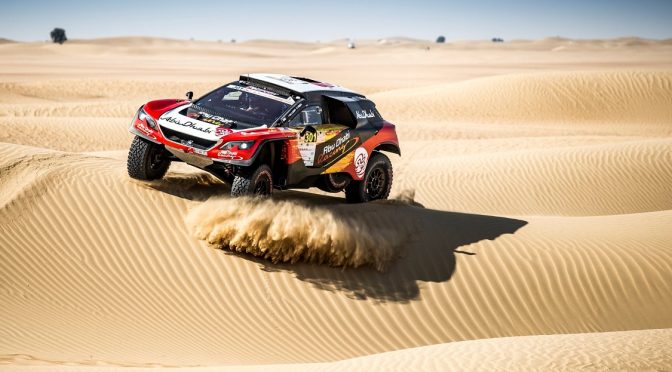 Dubai, UAE, 8 March, 2019: The UAE’s Khalid Al Qassimi grabbed the half way lead in the Dubai International Baja powered by Nissan and AW Rostamani today as he left behind a trail of the world’s top drivers in the Al Qudra desert.

Przygonski and German Timo Gottschalk in a Mini John Cooper Works Buggy were another 2 mins 9 secs ahead of the third-placed Czech pairing of Martin Prokop and Jan Tomanek in a Ford Raptor RS Cross Country on the 201.6lkm AW Rostamani Arabian Automobiles special stage.

While top Emirati rider and 2018 Dubai Baja winner Mohammed Al Balooshi suffered a major first day setback in the opening round of this year’s FIM Bajas World Cup for bikes and quads, UAE-based South African rider Aaron Mare won the opening leg for the second year in a row. 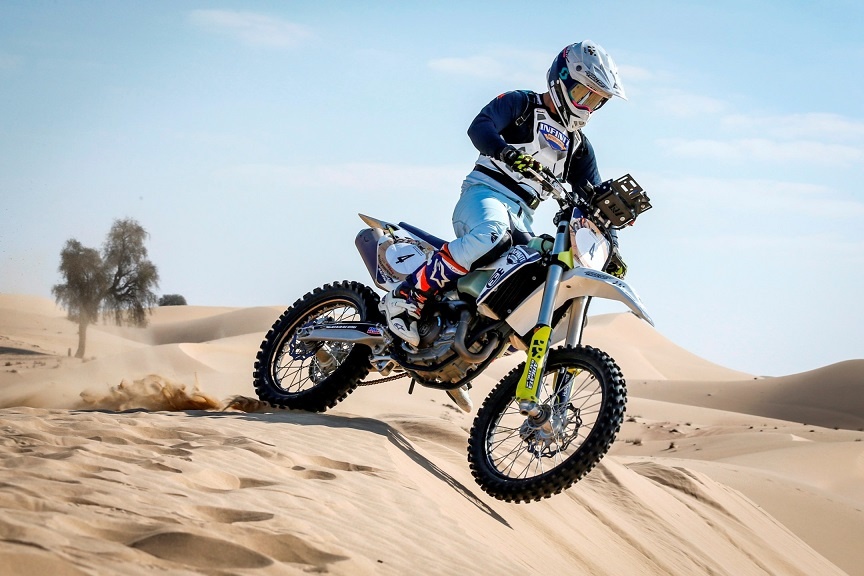 Al Balooshi, the defending world champion, failed to start the stage after his Kawasaki stopped with engine failure on the road section after leaving Dubai Autodrome.

There were no problems for Mare. The Husqvarna rider built up a 5 mins 17 secs lead from the KTM of UAE-based French rider Benjamin Melot, runner up for the last two years, with Dubai based 2017 winner Mark Ackerman another 2 min 7 secs away in third on a Husqvarna

The bikes top six was completed by Kuwait’s Mohammed Jaffar on a KTM, Emiirati Sultan Balooshi on a Kawasaki and Ryan Blair on another Husqvarna.

“We’ve had a highly competitive first leg and once again the Dubai desert terrain has shown what a great test it provides for the best drivers and riders from across the region and overseas,” said Mohammed Ben Sulayem, President of the Automobile and Touring Club of the UAE, the rally organisers, and FIA Vice President for Sport.

Taking place under the patronage of H.H. Sheikh Hamdan bin Mohammed bin Rashid Al Maktoum, the Crown Prince of Dubai, the Dubai International Baja powered by Nissan and AW Rostamani saw 34 cars and buggies and 39 bikes and quads set off from the rally base at Dubai Autodrome.