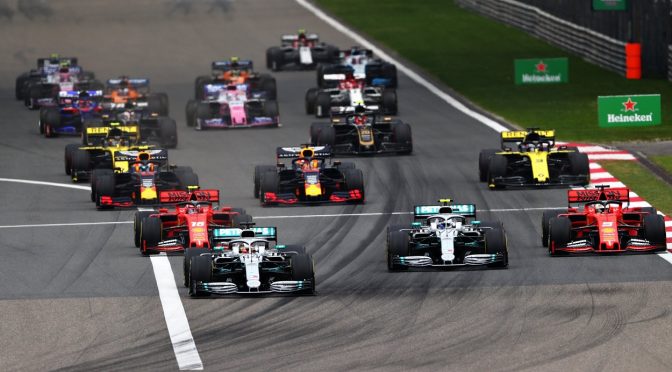 I TOLD YOU SO! LCH WINS ANOTHER DOMINANT MERCEDES 1-2 FERRARI LEFT HOLDING THE TEAM ORDERS BAG!

SHANGHAI (AP) — Mercedes has gone 1-2, 1-2, 1-2 in the first three races of the new Formula One season, a great start for the sport’s dominating team.

Lewis Hamilton and teammate Valtteri Bottas completed their third straight double in Sunday’s Chinese Grand Prix. That kind of start has not happened since 1992 when Nigel Mansell and Riccardo Patrese went 1-2 in the first three races. 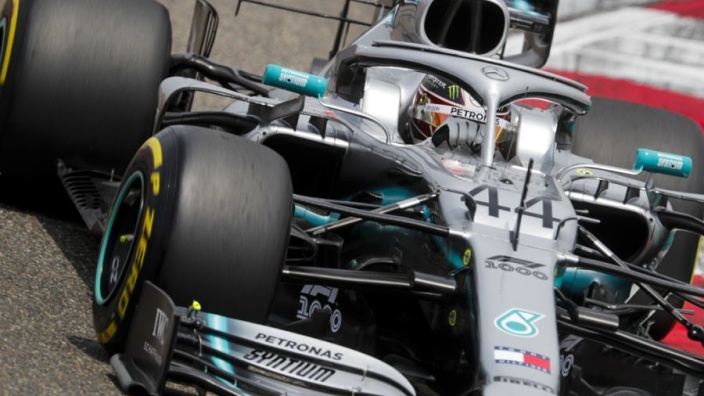 ”As a team, we didn’t expect to have three 1-2s,” Hamilton said. He acknowledged there’s been some luck involved, particularly two weeks ago in Bahrain when Ferrari’s Charles Leclerc should have won, but was undone by late engine trouble.

”I think we’re over-delivering a little bit at the moment,” Hamilton said.

Sunday’s race was over in the first 30 seconds.

Second on the grid, Hamilton beat pole-sitter Bottas to the first turn and then led for the entire 56 laps. It was Hamilton’s sixth victory on the Shanghai circuit. It was also the five-time and defending champion’s 75th career victory, which moved him into the lead in the overall standings after three races.

”The start is really what made the difference,” Hamilton said. ”And after that it was kind of history.”

The Mercedes 1-2 streak – two wins for Hamilton and one for Bottas – comes despite early hints that Ferrari had more flat-out speed.

”You can see it is still very close between us all,” Hamilton said. ”We have no idea how the next race is going to turn out.”

Bottas acknowledged he was done in by his slow start, with Hamilton racing ahead out of the first turn.

‘I think I lost it in the start, honestly,” Bottas said. ”It’s a shame about the start. It’s small details, but it’s early days in the season. But we’ve done three perfect weekends so far.”

The 21-year-old Leclerc of Monaco was upset after about 10 laps when his Ferrari team ordered him to let Vettel pass. Vettel was in fourth at the time and Leclerc was third.

”Let Sebastian by. Let Sebastian by,” the team radio told Leclerc. He replied, clearly irritated: ”But I’m pulling away” as he backed off and watched Vettel pass.