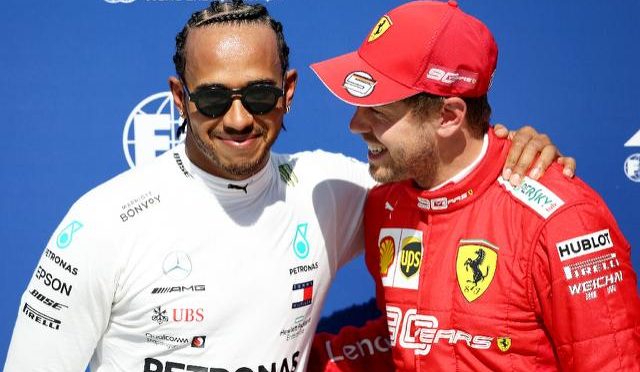 FERRARI HAS AN OPPORTUNITY TO WIN CAN THEY HANDLE IT?

It had taken a third of a season, but Ferrari finally came to the party last night as a resurgent Sebastian Vettel seized his first pole position in 17 grands prix.

After three months of crushing dominance by Mercedes, the four-time world champion took full advantage of his car’s superiority here on Montreal’s long straights to edge out Lewis Hamilton and set up an absorbing duel between the pair in today’s race.

Not since Hockenheim last season has he started at the front, and this belated recovery of form at the Canadian Grand Prix, where he claimed a dominant victory last year, clearly filled him with relief.

“I’m full of adrenalin,” Vettel said, having wrested pole by 24 hundredths of a second. “Lewis is b—– good in qualifying, he’s a tough nut to crack. It was one of those laps when I truly felt the grip. Mercedes will be very quick over the race distance, but we will try everything. But just this once, the car felt better and better. It kept shouting, ‘Keep going.’ I wish I could go out and do it again.”