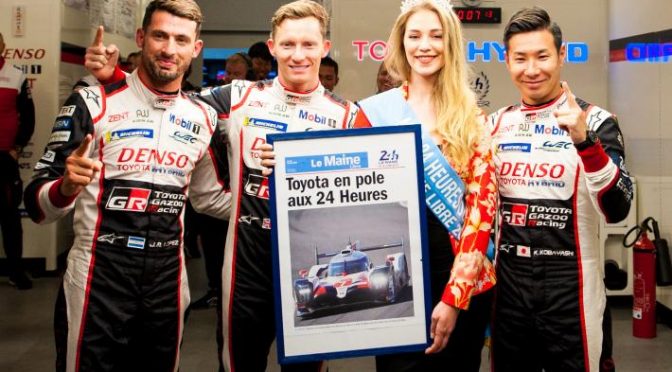 The third and last qualifying session for the 87th édition of the 24 Hours of Le Mans (15-16 June 2019) is over and the Toyota Gazoo Racing #7 Toyota TS050 Hybrid claims pole position having clocked the fastest lap (3:15.497). For the final round, the Super Finale of the 2018-19 FIA World Endurance Championship season, Toyota takes the top two slots on the grid.

In the second qualifying session, Kamui Kobayashi set the time that clinched pole position for the 87th 24 Hours of Le Mans. The Japanese driver completed a lap of the 13.626-km circuit in 03:15.497. He shares a car with Mike Conway and José María López.

Toyota Gazoo Racing locked out the first row of the grid as last year’s winning car, driven by Sébastien Buemi, Kazuki Nakajima and Fernando Alonso clocked 03:15.908. The #17 BR Engineering BR1-AER fielded by Russian team SMP Racing rounds off the top three. The non-hybrid LMP1 and crew Stéphane Sarrazin, Egor Orudzhev and Sergey Sirotkin banked a best time of 03:16.159, six-tenths behind the #7 Toyota. As is logical, the eight LMP1 cars top the tables. 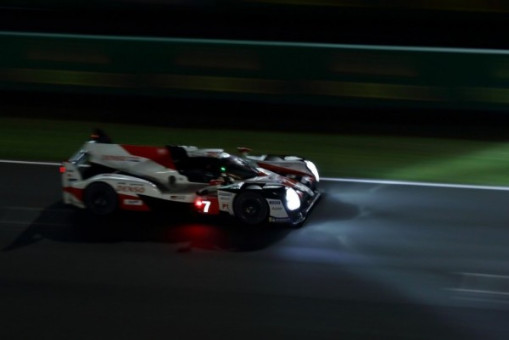 In LMGTE Am, the Dempsey-Proton Racing #88 Porsche 911 RSR beat the rest of the field thanks to Matteo Cairoli’s lap of 03:51.439. He shares the car with Satoshi Hoshino and Giorgio Roda.

There will be one less car on the grid on Saturday. The #99 Dempsey-Proton Racing has withdrawn from the race following an accident on the Mulsanne Straight during the practice session.