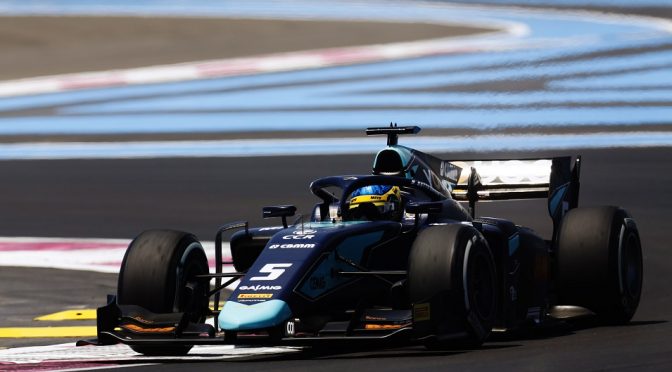 DAMS driver looks in-form in Le Castellet
Sérgio Sette Câmara ran fastest in Free Practice for the first time this season, setting the Le Castellet benchmark at 1:44.009. Nyck De Vries had led the majority of the session until the DAMS’ driver unlocked untapped pace from his machine and lapped the circuit 0.600s quicker for P1, with Luca Ghiotto behind them in third.
Fresh from FP1 with Williams F1, Nicholas Latifi was already accustomed to the Circuit Paul Ricard and this was evident in the opening stages, as the Championship leader took control of the session, setting the early laptime at 1:45.556. 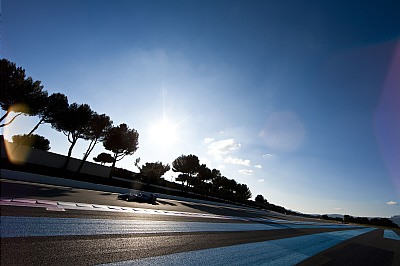 Not to be outdone, De Vries soon cracked the 1m46s barrier himself and leapt above the Canadian, knowing that a strong weekend could take him ahead of Latifi in the Championship standings. The battle between the two intensified and the DAMS’ driver would smash last year’s quickest Free Practice time – set by Lando Norris – to go top once again.
Undeterred, De Vries simply upped his game once more and ran the circuit quicker to reclaim P1. The Canadian spun on Turn 8 in his attempts to match the Dutchman and later dropped out of the top 10. Behind them, the rest of the pack appeared to be playing catch-up;  Mick Schumacher and Ghiotto both had attempts on P1, but fell short and could only manage second.
With 10 minutes of the session remaining, De Vries’ control looked unassailable and it took a mammoth effort to seize the place. This came in the shape of a DAMS’ driver, however, this time it was the number five of Sette Câmara. His lap of 1:44.009 was an impressive 0.600s faster than De Vries and four-tenths quicker than last year’s pole time. The duo were followed by Ghiotto, Callum Ilott, Guanyu Zhou, Sean Gelael, Ralph Boschung and Nobuharu Matsushita.