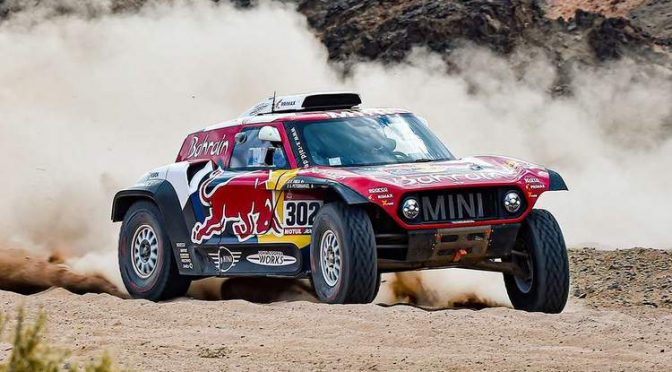 CLARK AND NASIR ARE STUNED BY THE CARLOS GHOSN ESCAPE STORY AND, THIS WEEKS PODCAST BRINGS YOU A GREAT INTERVIEW WITH AUDI SPORT FACTORY DRIVER LOIC DUVAL

Stephane Peterhansel, known as Mr.Dakar for his 13 wins over the years, overcame the challenges of taking English instructions from Portuguese notes man Paulo Fiuza and a tough couple of days in the office, to move his Mini buggy into the lead midway through the day’s stage.

The rally legend emerged unscathed from the dangerous fourth stage, conceding a mere seven minutes to stage winner Peterhansel despite having to open the special. The Spaniard still leads the general classification by three minutes over Al-Attiyah.

Sainz said of his day, “The last 100 kilometres were the toughest sector I’ve ever faced in the Dakar. It was insane. There were rocks all over the place and I could not see the tracks, it was devilish. At times like these, making it to the finish without running into trouble already feels like a win.