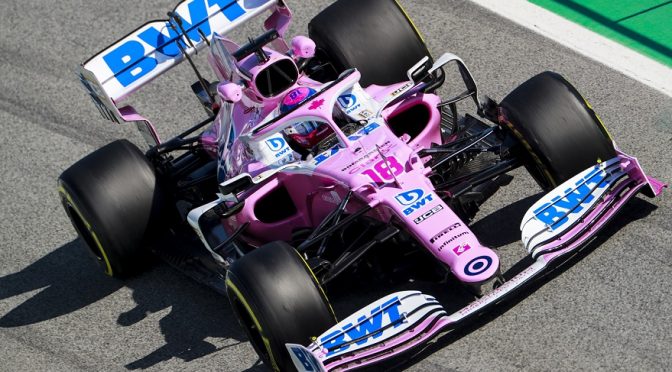 NASIR AND THE HOST DISCUSS THE LEGALITY OF MERCEDES DAS AND THE FACT WILLIAMS IS NOT FLOUNDERING LIKE IN 2019 AND OF COURSE WE HAVE TO COMMENT ON RACING POINT’S MERCEDES LOOK ALIKE!!

“After driving in the afternoon of the opening day, it felt good to be back behind the wheel for a full day of running. We covered lots of laps, collected the data and worked through the job list. The RP20 feels very different to last season’s car and I think we’re in a much better place now than we were this time last year. You never know what the others are doing so we are just focussing on our own work. We definitely have a good base on which to build.”

“We had a positive start to the final day of the first test by completing all of the set-up performance run test items that we had planned. On Lance’s final run in the morning, we encountered a gearbox sensor problem but we fixed this over lunch and got back out in the afternoon, focussing on long-run performance. The issue over lunch and four red flags meant the day was not as productive as we hoped and despite only achieving 116 laps, our learning about the RP20 continued. I think we can say that we have had a positive start to winter testing. From here, we need to analyse the data that we have collected and come back next week to ensure that the final three days before Melbourne are as fruitful as possible.”