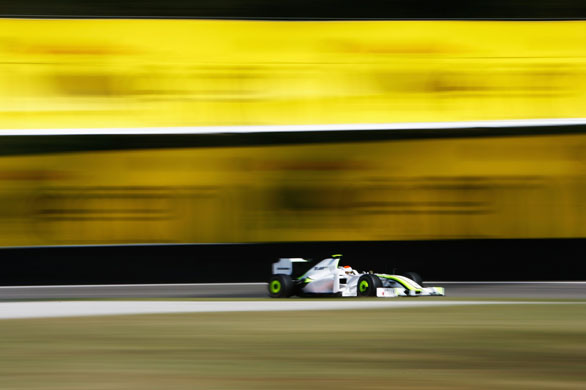 Pronto in Parco. Rubens Barrichello wins Sunday’s Italian Grand Prix at the historic Autodromo Nazionale di Monza, located in a Royal Park near Milan. The Brazilian driver, most experienced in Formula 1 history, won this event twice before as a Ferrari pilot. His Brawn teammate, Jenson Button, finished second and Kimi Raikkonen was surprised to be on the podium, thanks to a last lap crash by the 2008 World Champion Lewis Hamilton, who started from pole, and was making a last ditch effort to grab second from Button.

Sitting pretty. Strolling in the park to GP2 Championship glory was Nico Hulkenberg. The German hot shoe from Emmerich became the first driver in series history to take the title before the final race-weekend of the season.
His previous Championship credentials include F3 Euroseries and Formula BMW which, like his GP2 title, he won in his rookie year. He was un-touchable in the A1GP competition for Team Germany, their franchise holder at the time is also his current manager, Herr Willi Weber. 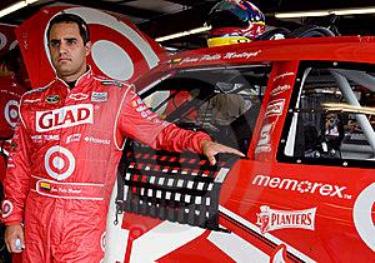 Bogitty, Bogitty from Bogota. Juan Pablo Montoya is glad to be in Nascar’s Chase for the Cup. The Grand Prix winner from Monza and Monaco now trade paints with Dale E and Kyle Busch at Martinsville and Pocono. The fine Colombia drives a Chevrolet for Chip Ganassi Racing.

Wall of whodunit? The Piquets, father and son, are determined to take down Flavio Briatorre, Team Principal, and Pat Symonds, Director of Engineering, at Renault F1 team. The Senior, three times world champion and high exponent of low class throughout his career, approached Max Mosley at the Hungarian Grand Prix with allegations that his son, Nelsinho, high exponent of arrogance and low achievements in F1, was instructed to crash in the 2008 Singapore Grand Prix and cause a safety-car to help teammate Fernando Alonso, who went on to win the event.

The World Motor Sport Council will decide on September 21 in Paris the fate of one of the most flamboyant team managers and one of the most accomplished engineers. Piquet Junior’s F1 fate was already hermetically sealed by his lackluster performance in Grand Prix racing. With allegations of intentional crashing and other mud slinging in the media about his personal and professional life, rest of his racing career will be left on Funk & Wagnalls’ porch.