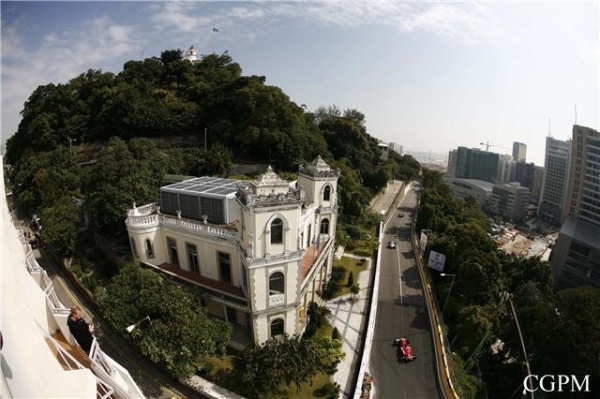 The 56th. Macau Grand Prix takes place this weekend through the streets of Guia circuit. Sixteen of the twenty drivers from the 2009 F1 season have raced in this former Portuguese colony. Vettel, Kubica and Button are some of the drivers who made it to the podium in Macau.

Saturday’s qualifying race was won by French driver Jean Karl Vernay over pole sitter from Sweden Marcus Ericsson, who is managed by ex-Indy 500 winner Kenny Brack. Other major players fighting for end of season street glory are; Jules Bianchi, winner of this year’s F3 Euro Series. Valtteri Bottas from Finland and rookie of the year from the same series.

Daniel Ricciardo from Australian is hoping to end his 2009 season in style after success in the 2009 British F3 Championship.

Looking for a good finish and tea party is Jake Rosenzweig, the only American in the race from Boston.

Formula BMW Asia. Man to watch is the next Brazilian racing sensation, Felipe Nasr. He won the Formula BMW Europe championship this year in his rookie season.

WTCC.Main event of the weekend will see Alex Zanardi in action in his BMW.

Edoardo Mortara takes the victory in the Macau Grand Prix.

Nico Rosberg is confirmed as the Stuttgart manufacturer returns to Formula 1 for the first time since 1955.