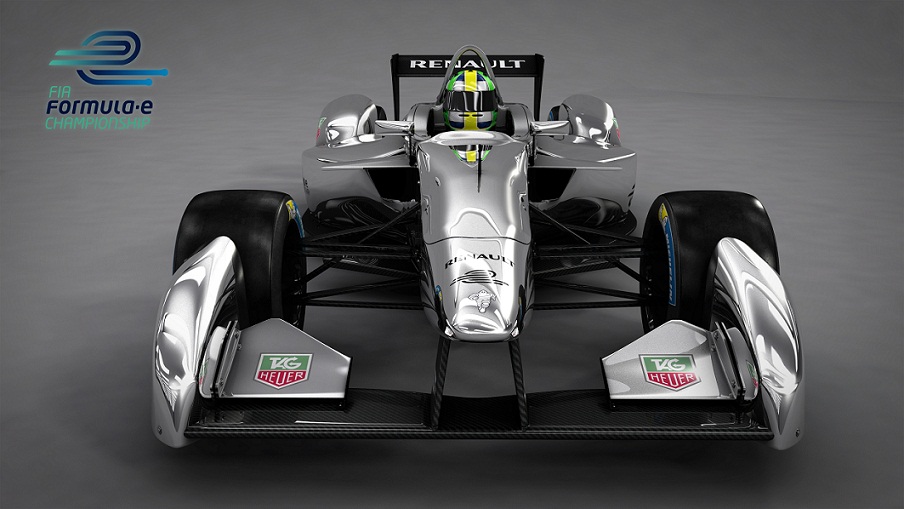 TECHNICAL PARTNER TO THE FIA FORMULA E CHAMPIONSHIP, RENAULT STEPS INTO THE ERA OF ELECTRIC MOTORSPORT
A leader in electric vehicles with its Z.E. range and boasting unique expertise in motorsport, Renault is entering the new FIA Formula E Championship. The ten teams racing in the competition, which kicks off in September 2014, will drive the Spark-Renault SRT_01E single-seater, co-designed with Renault Sport and world revealed at Frankfurt.
A new era in motorsport…
As a testing ground for new technology, motorsport was bound to embrace electric power sooner rather than later , which is already a reality for production vehicles thanks to the investments made by top-tier carmakers, chief among them Renault. Formula 1 racing is taking a radical step forward in 2014 with the rollout of new Power Unit regulations introducing downsized turbo powerplants with high-performance energy recovery systems. Meanwhile, on an initiative from the International Automobile Federation (FIA), the new Formula E competition is exploring a different path with full-electric, zero-emission single-seaters.
The first Formula E Championship will be held from September 2014 to June 2015. The competition will be organized in ten legs, each one raced in the center of a major city in Europe (London, Berlin, Rome), Asia (Beijing, Bangkok, Putrajaya) or the Americas (Los Angeles, Miami, Rio de Janeiro, Buenos Aires). For this first season, 20 pilots split up in 10 teams will meet at the wheel of cars named Spark-Renault SRT_01E. 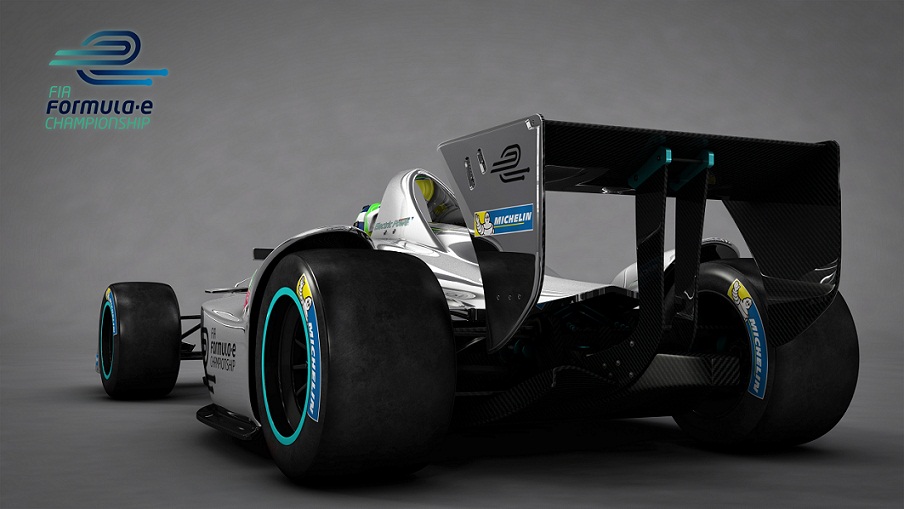 Bringing together the biggest names in motorsport
Formula E holdings, instigator of the FIA Formula E Championship, designated Spark Racing Technology to conceive and manufacture the first 40 single-seaters racing. The cars are homologated according to regulations on performance,
safety and costs, which means that other carmakers will be able to get involved. To develop the cars and put them into production, Spark set up a consortium featuring the biggest names in motorsport:
– Renault: responsible for the electric drivetrain, system integration, performance optimization and the safety of the electric drivetrain,
– McLaren Electronic Systems: development, production and assembly of the powertrain and electronic controls,
– Williams Advanced Engineering: battery design,
– Dallara: monocoque design and construction,
– Spark: design of the single-seater (suspension, aerodynamics, assembly).
As Spark’s technical partner, Renault drew on all the skills of the engineers at Renault Sport Technologies and Renault Sport F1 to supervise and optimize the performance and safety of the new car.
Spark-Renault SRT_01E: a concentrate of technology
The Spark-Renault SRT_01E combines the most advanced technologies in electric drivetrains and boasts innovative styling. The vehicle’s aerodynamics were designed to make overtaking easier, while the relatively high ride height was developed for use on the urban circuits in the Formula E Championship. The car meets current Formula 1 regulations.
Like the driver, the battery has its own survival cell. The battery weighs 200 kg and is homologated according to international transport standards. The electric motor delivers 200 kW, or 270 hp, to the rear wheels. Drivers will be allowed to use the full power output of the vehicle in qualifying sessions. During the races themselves, power will be limited to 133 kW, or 180 hp, with a “push-to-pass” mode bringing drivers temporary access to 200 kW (270 hp), the aim being to combine range with overtaking opportunities.
The designers succeeded in limiting vehicle mass to internal-combustion car levels, with the Spark-Renault SRT_01E weighing in at a minimum 800 kg with the driver on board. Performance simulations put the car’s 0 to 100 km/h time at three seconds, while top speed is limited to 200 km/h for maximum safety in urban racing.
“We were enthusiastic about this project right from the start because it gave us a chance to explore new paths. No-one had ever designed an electric single-seater with this kind of performance, manufactured in short production runs and developed according to a tight deadline. We factored in a number of constraints, including mass, safety and thermics. Harnessing the complementary skills of the consortium members, the Spark-Renault SRT_01E is an excellent synthesis of current knowledge. We are sure that it will prove to be a stand-out single-seater in motorsport history.”
François Champod, motorsport technical director at Renault Sport Technologies and Formula E coordinator at Renault
While a number of carmakers are just starting out on the electric vehicle adventure, Renault already has a complete range of electric cars and is set to up the ante with the Formula E Championship.