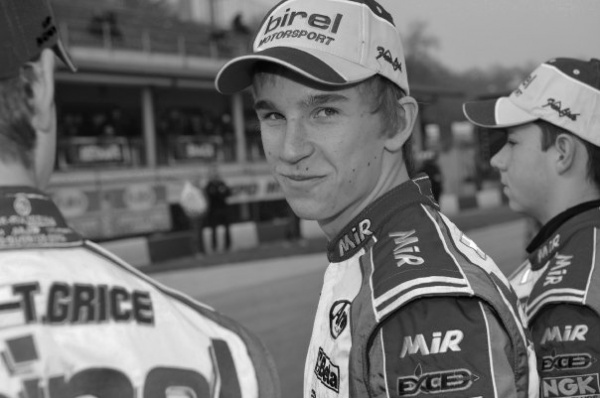 The Finn is finished with karting and will compete in 2010 Formula BMW Europe with Josef Kaufmann Racing. In this digital dialogue he talks about his young racing career so far and what the future expectations are.

Q: Petri, please tell us how old were you when you caught the racing bug?

A: It was autumn of 1997 and I was only 4 years old. My dad bought me a kart as a surprise for a reason that still remains as a mystery. That was the time when Mika Häkkinen started to score results and Formula 1’s popularity grew in Finland so I guess there’s a connection. There’s a funny story regarding my first run in a kart: My dad decided to tie a rope around the rear spoiler of my go-kart as he wanted to keep me from going too fast at the beginning. After 20 meters of running behind me he had to give up and let go as I was shouting at him to let me go faster – after that racing has always been the most important thing in my life.

Q: Did you start in karting as a hobby only or were you serious about racing from the beginning?

A: I started doing races on 1998 when I was 5. It started as a hobby and we were only doing regional club races. My childhood idol Mika Häkkinen and his success had a big impact on me when I was a child and because of that becoming Formula 1 World Champion has been my dream since a very young age.

Racing has become more serious step by step and at some point my family had to make a big decision whether to pursue our common dream. My parents have made big sacrifices and without that support I wouldn’t have this chance. 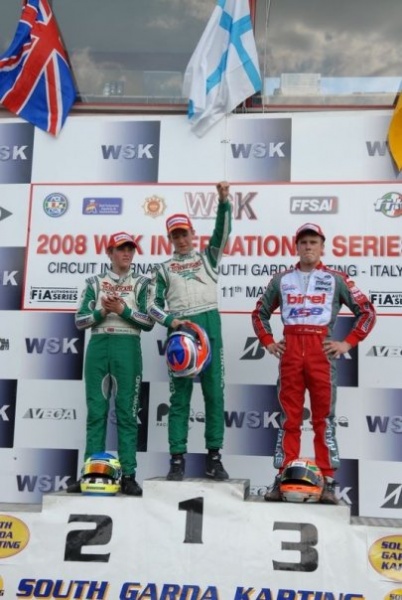 Q: On your Facebook page WSK Lonato 2008 is listed as “best race of my life”, please tell us why this win is so important to you?

A: All the most talented young karters are racing in WSK series so if you win a WSK race you’re beating all the best young karters of the world. What makes it so special though is the fact that the weekend started very badly and nothing seemed to work. We overcame problems step by step with dedication and teamwork.

I was starting from the middle of the grid for pre-final. I was overtaking drivers every few laps until there were only 4 laps to go and I was second and leader was quite far away, I managed to do few perfect laps and got closer. On the second last lap I made a risky diving move from quite a distance (it worked) and maintained the lead until finish. For actual final track conditions had changed a lot and already after the first lap I knew that it would be a long and difficult race but I really wanted that win with all my heart! So, I was driving totally on the limit through every lap of the race – and I got what I wanted. 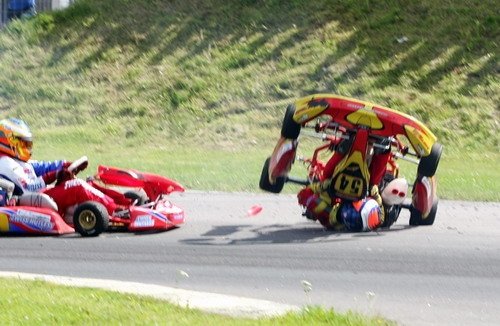 Q: There is also a photo of you upside down in your kart, “blew my dream of becoming youngest ever JICA Finnish Champion”, how big of a disappointment was this – and, did you cry?

A: This happened in 2005. I was leading the championship by quite some points before this race and it was second last race weekend of the series. I lost so many points compared to other driver that it made it hard to regain the championship lead and I ended up 3rd in the final standings. It was a big disappointment and I did cry (yes, Finnish people can cry as well!) but I got over it quickly. As a result I became much stronger mentally.

Q: What have you learned most from karting that will help you in single-seater racing?

A: First of all the basic skills – everything from mastering the rain to racing itself and so on. I strongly believe that it is important to learn as much as you can from karting and the best way to do so is doing international karting. It is often a mistake to move up to single-seaters too early.

Most importantly I’ve become mentally much more prepared for the challenges of the future. Going through some tough times in karting has made me hungrier and more committed to achieve my goals in racing.

Q: Who is managing your career at this important stage of your racing life?

Q: Why did you choose Formula BMW over Formula Renault as a starting point after karting?

A: During last summer I was in a situation where financial side was still open and I wasn’t under the wings of Gravity Sport Management yet. I was attracted to the Scholarship program of Formula BMW and it seemed like a great opportunity for me.  I did some tests to prepare myself for Formula BMW Scholarship Course and as a result I was selected as one of the four Formula BMW Juniors. After that Gravity Sport Management came into picture and together we thought it was a natural way to go in my situation. Besides, I already had a great relationship with Josef Kaufmann Racing, which made the decision easier.

Q: How many other teams did you test with before selecting Kaufmann Racing?

A: The best way to compare teams is to do tests. We selected to test with the teams where we saw the biggest potential and besides Kaufmanns I tested with a few other teams. Josef Kaufmann Racing seemed like the best option for my situation and I’m really looking forward to working with them.

Q: Robin Frijns is one of your teammates and was Rookie of the Year in 2009, have you raced against him in karting and are you looking towards him for guidance in your rookie season?

A: First time I raced against Robin was in 2006. The most memorable battle between us was in 2008 KF2 European Championship in Braga (Portugal) where we were both fighting for medals. I had some problems in the beginning of the final so I had to fight my way back to the front but I ran out laps – I finished 4th just behind Robin who was 3rd. So, with few more laps anything could have been possible.

It will be interesting to race against him this year. I am sure it’s good for a rookie like me to have someone like Robin as a team mate. Hopefully we can push each other forward and set the name Josef Kaufmann Racing on the top of the result sheets.

A: This being my first ever season racing single seaters I want to give myself some time too see where I am. Therefore my main goal is to learn as much as I possibly can. But to be honest every time engines are switched on I’m racing to win, that’s what this is all about in the end.

So, my goal for 2010 is to improve myself as a racing driver – the skills in the car as well as the skills out of the car, which means everything from media skills to fitness and technical understanding and so on.

Q: Finally, please tell our listeners about Petri Suvanto, the young man from Seinäjoki? Like your taste in music, food and other activities in free time?

A: I’m not living a life of a normal Finnish teenager, which means I often have to make compromises. I’m a high school student with one more year to go until graduation, which is not an easy task but I’m planning to do it with good grades – I just need to work hard.

When I have free time I enjoy spending time with my friends. I’m a big sports fan and I like most of the sports but especially I’m into motorsport, soccer and ice hockey.

Thank you very much, Petri

F1 weekly would like to wish Petri all the best in his racing career. His F1 journey begin in Montmelo in May, as a support race to the Spanish Grand Prix. We invite you to visit his website www.suvanto.inf

And the You Tube link below: