Birth of a new series in Barcelona: The baby GP2 series, hatched by the usual suspects, B’s of the motor racing world, Bernie, Briatore and Bruno, as in Michel, will make its competition debut as support race to the Spanish Formula 1 Grand Prix in May at Montmelo.

The car, like its bigger GP2 sibling, is built by Parma-based Italian manufacturer, Dallara. Power is supplied by a turbo-charged 280hp Renault engine. The French manufacturer also powers the GP2 field.

Pirelli is the surprise choice for tires while another Italian outfit, Brembo, puts the brakes on. Absence of Hitco and Carbon Industries confirm Peter Windsor was not involved in decision making, but then again, he has been very busy on his run away project………..

The budget for the series was reported to be around $800 plus, that’s “cost-effective” in racing parlance. However, the world wide financial slippery slope has forced some teams to offer seats at much discounted rates.

Ten teams were awarded entry into the new series, with each team operating three cars per event. Bruno Michel, the series organizer, “The entry selection process has been thought off very carefully and we have only selected teams that proved to be most successful in their categories.”

ART Grand Prix team, famous for winning championships in GP2 and F3 Euro Series, is the pre-season favorite to provide the championship winning driver. Roster of the Frederic Vasseur and Nicolas Todt led team, include American Alexander Rossi and Monterrey, Mexico’s Esteban Gutierrez. The duo dueled in their rookie season of Formula BMW USA in 2007. Both had impressive wins and finished one-two in the rookie standings, Esteban edging the Nevada City Californian for the rookie championship title.

At Status Racing, Ireland’s Gary Anderson, who designed Eddie Jordan’s first F1 car, is the Technical Consultant and Canadian Teddy Yip is one of the team owners. His father ran the Theodore Racing team in Formula 1.

The team is reported to be in discussion with a couple of North American drivers, named should be revealed when the testing begins on March 4 at Paul Ricard.

The eight round series will be staged in conjunction with F1 events except for the Portuguese event in June at the Portimao circuit in Algarve. 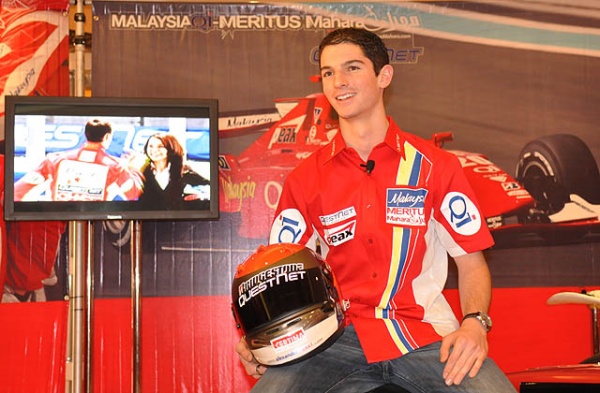 American Express. Alexander Rossi. The California kid made worldwide headlines at the end of 2008 when he became the first American to win the prestigious Formula BMW World Finals in Mexico City. This was followed by three victories and rookie of the year honors in the 2009 Formula Master International. Currently competing in GP2 Asia series, Rossi is regarded by racing insiders, “those who know” as the real deal and America’s next best hope in Formula 1.

Mexican Machismo. Esteban Gutierrez. Monster mash from Monterrey is already under the wings of Peter Sauber, the man who brought little Kimi to F1. Immensely talented and considered by ex-team owner Josef Kaufmann as quick as Hulkenberg, Gutierrez won the 2008 Formula BMW Europe championship with seven victories, six of those in a row. A season in cut throat world of F3 Euro Series has prepared him well for GP3 this year. Currently resides in Paris. 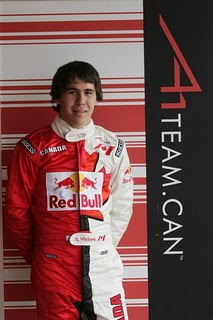 Toronto Pronto. Robert Wickens. Now out of Red Bull steam the talented Canadian is a winner in every series he competes in. Formula BMW, Atlantic, A1GP and F2, Wickens was wicked quick from the beginning in each series. He won both the opening races of the re-launched Formula 2 championship last year. Mechanical problems cost him the title and the Red Bull support. He is now charging ahead to find funding for a seat. In GP3 he just may spray Canadian Mist on the competition.