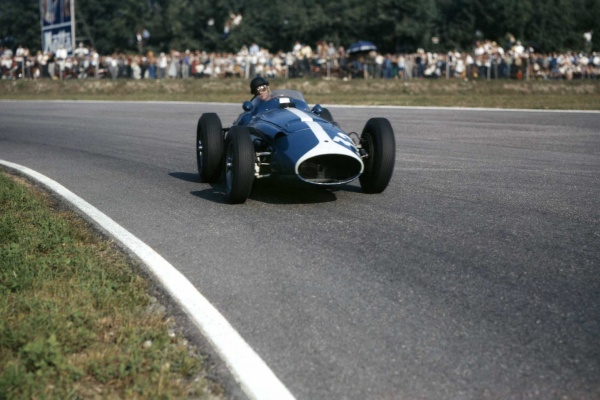 Masten Gregory. “The Kansas City Flash”. His third place finish in his Grand Prix debut at Monaco in 1957 is the first podium appearance in F1 by an American driver. The season saw him race in only four of the eight events but he still managed to finish sixth in the championship, all this in Mimmo Dei’s privately entered Maserati 250F.

Gregory’s first international success earlier in the year was victory in the Buenos Aires 1000km. He also won the 1961 Nurburgring 1000km. His 1965 Le Mans 24 Hours victory with Jochen Rindt in a NART-Ferrari was the first win for an American owned team and remains to this day the last for the prancing horse in the French classic.

Heir to an insurance fortune Gregory became famous for his policy of bailing out of crashing cars.