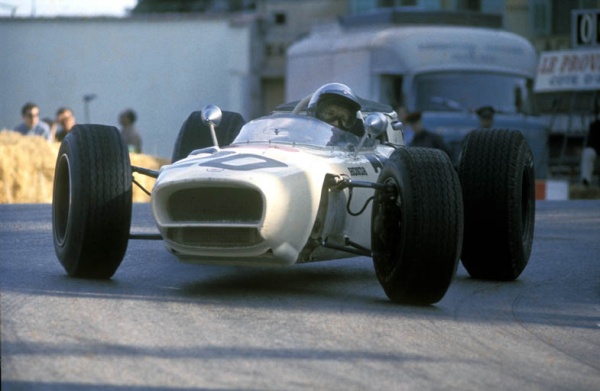 Richie Ginther. Honda’s Hero. California native navigates the streets of Monte-Carlo. In 1965, close to home and down Mexico way, Ginther gave Honda their first Grand Prix win by scoring his first and only F1 victory.

This victory was also celebrated in Akron, Ohio, as it was first triumph for tire manufacturer Goodyear.

Ginther scored a point in his F1 debut by finishing sixth in his Ferrari in the 1960 Monaco Grand Prix. He was second to teammate Phil Hill at Monza. In 1963, driving for BRM he had five podium finishes and was third in the championship.

Other career highlights include second place finishes in the 1954 Carrera Panamericana with Hill, and in the 1960 Buenos Aires 1000km with Wolfgang von Trips. Ginther passed away in 1989 while vacationing in France.