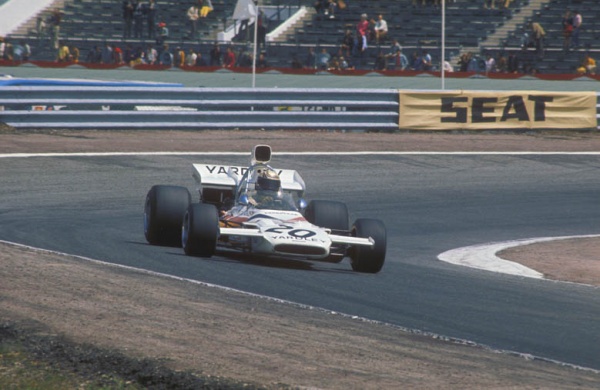 Peter Revson. Scent of success. “Speed with style” once shared an apartment with Teddy Mayer in New York, and later drove for him at McLaren. Revson recorded his maiden victory in the wet at Silverstone in the 1973 British Grand Prix. He also won the chaotic Canadian Grand Prix later in the year.

For the 1974 season Revson joined Don Nichols’ Shadow operation. The all-American effort was tragically cut short in a fatal testing crash at Kyalami, South Africa. In 1967, his younger brother Douglas had also lost his life in an F3 accident in Denmark.

In 1971, Revson took pole position and second place in the Indy 500 and became the first American to win the Can-Am Championship. He also won the prestigious Monaco F3 race in 1965.