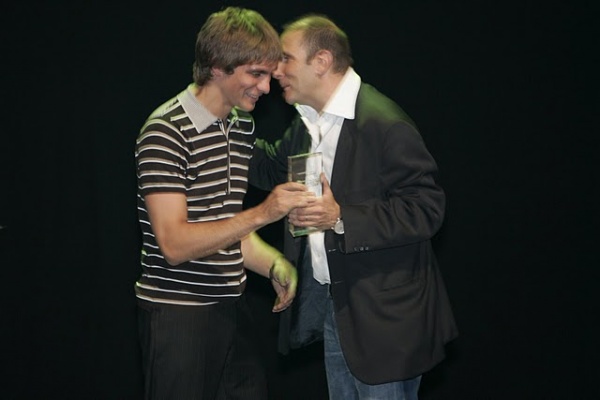 Bruno Michel: “I believe the 2011 GP3 grid will be a testament to our successful
first season.”
GP3 Series CEO Bruno Michel talks in-depth about the past twelve months in the life of the new
category, and what we can expect for 2011.
Bruno, what will you remember of the first GP3 Series season?

I think the first season has exceeded all of our expectations. We had a full grid of thirty cars, with
some of the best young talents currently working their way up the racing ladder. We knew before
the season even begun that we had given the teams a reliable and powerful car that was a great
teaching tool for the drivers. Combined to their skills and eagerness, this car has offered us some
fine racing and real talents have emerged, starting with our first Champion, Esteban Gutierrez.

We are proud that he has already been signed up by a Formula One team showing the calibre and
the visibility of what our grid is made of. Next season, Esteban and some other drivers will graduate
from GP3 to move up to GP2. It is a known fact that the latter is the strongest feeder category to
Formula One. GP3 is rapidly becoming the needed stepping stone to this now well-established path
to the pinnacle of Motorsport.

In what sense do you think that you have achieved your objectives?

First of all, we have managed to put together a new Series that filled thirty seats. In challenging
economical times, we had to offer teams and drivers a competitive and reliable car in a strong and
exciting category. Not a lot of people thought at first that we could pull it off – in such a short
amount of time no less – but from the first testing day until the last race, that’s what happened.
When GP3 drivers jump into the GP2 cars they will find that the aggressive driving style that they
had to develop to get the best out of the GP3 cars will still be needed in order to get the best out of
its elder sister. This was a clear objective for us: the two cars are from the same racing family, and
you need to know the first car well in order to master the second.

Our GP2 and GP3 paddocks work as one entity within the Formula One world. GP3 drivers can begin
building relationships not only with GP2 teams, but also key people in the Formula One fraternity.
Motorsport is an extremely competitive and complex industry so young drivers need to make the
right people stand up and take notice – we offer an arena for them to do this. We give them the
opportunity to start nurturing those all important relationships ready to take the next step.

What can we expect for next season?

In 2011 we are expecting an even stronger driver line-up. In post-season testing we filled 180 seats
and covered 55,000 km of tarmac, this just goes to show that drivers already consider GP3 as the
must-do category to reach GP2 and Formula One.
Next year, the aero downforce will be reduced while the tyres will give a higher peak of grip. The
car will be even more selective and demanding. Drivers will have to learn how to deliver pure brutal
performance in one lap while managing tyres in a middle of dog fights races. We also hope to
increase the track time during a race weekend.

I believe the grid next season will be a testament to our successful first season, attracting the best
young talents around the globe. Drivers know that they are getting a good reliable car with a top
team at a cost effective price. Some of racing last season was second to none and I believe it will
just keep getting better. All eyes will be firmly focussed on GP3 this season, with everyone
wondering who the next Gutiérrez is. I for one am looking forward to an exciting action packed year
of racing.