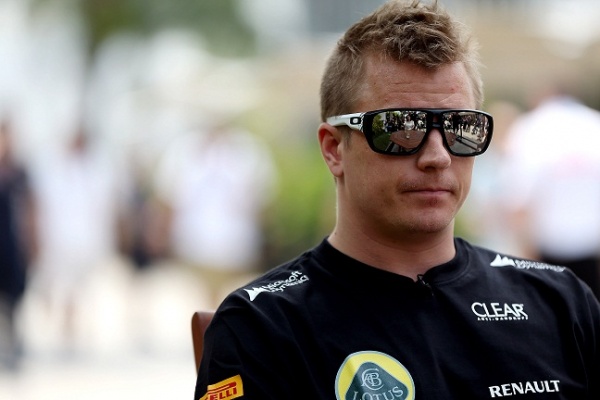 Kimi Räikkönen went fastest for Lotus F1 Team on the opening day of action here at round four of the FIA Formula 1 World Championship; the Bahrain Grand Prix. Kimi set a 1min 34.154secs lap using the medium compound tyres in hot conditions during the Friday afternoon practice session. Romain Grosjean – who is using a new chassis for this weekend – set the seventh fastest time of the day.

What we learned today:

Kimi: “It’s nice to be fastest but you never know what the others are doing; we just stick to our programme and don’t take too much notice of what else is happening. I actually made a mistake through the final corners on my fastest lap, so there’s still more time to be found. It’s tricky to get the setup right here and the wind can make a big difference; it might work for you one way but make things more tricky the other. It wasn’t a bad start today; things aren’t exactly where we want them but we’re reasonably fast, so let’s see what we can do from here.”

Romain: “The new chassis feels good. Today we’ve been working on getting the right correlation between chassis, setup and tyres to extract everything we want from it. It’s easy to know what you want, the difficult bit is getting the little details sorted, but we’re getting there and it’s been a positive day. We’ve seen that Kimi was fastest today so that gives us a great target for tomorrow.”

Alan Permane, Trackside Operations Director: “It was a fairly standard Friday for us, which is a nice way to start the weekend. We looked at setup work in the morning before moving to longer runs, higher fuel race pace and degradation analysis on both tyre compounds in the afternoon, with no problems or interruptions to the programme. We were able to push both allocated compounds of tyres pretty well in the hot conditions today and generally the cars are well balanced. Romain’s running a new chassis and overall is happy with the car so we’re looking forward to an exciting qualifying session tomorrow.” 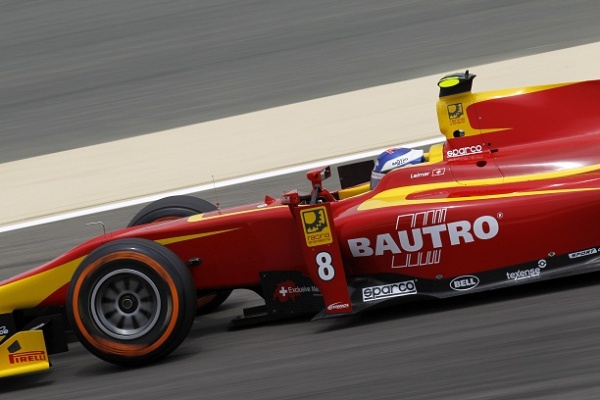 Leimer leads Sakhir GP2 free practice…
Racing Engineering driver sets quickest laptime in morning session
Fabio Leimer means business: the Swiss driver lost no time impressing the rest of the field after he set the pace in this morning’s free practice at Bahrain International Circuit in a laptime of 1:41.361, one second quicker than his closest rival Sam Bird.
The second round of the 2013 GP2 Series season opened in Sakhir today under grey skies with light spots of rain falling on the track. But the scorching temperatures meant the wet weather tyres remained safely tucked away in the garages. The twenty six drivers took to the track on the Hard compound and Leimer was quick to top the timesheets: on his second lap, he set the pace in 1:42.369. Series leader Stefano Coletti caught up with the Swiss but was two tenths slower.
Two laps later, Leimer delivered the ultimate hammer blow by re-enforcing his position at the top of the standings, lighting all purple sectors and leaving the rest of his rivals with the hard task to try and reduce the gap. Bird ended up closest, but remained a clear second behind the Swiss ace. At the fifteen minute mark, most of the drivers returned to the pitlane to assess their set up options. Robin Frijns, Kevin Giovesi and Pal Varhaug chose to stay out a bit longer on a clear track in order to come to grips with the layout.
With ten minutes left on the clock, all cars came back out. The remainder of the session was trouble-free and studious. At the chequered flag, Leimer remained untouchable ahead of Bird and Coletti. Behind the top 3, rookie Alexander Rossi seemed comfortable at the wheel of his Caterham car. Marcus Ericsson finished fifth ahead of Felipe Nasr, James Calado, Tom Dillmann, Johnny Cecotto and Daniel Abt.
The qualifying session will start today at 4pm local time.
Sakhir – Free Practice
F1Weekly Podcast # 814