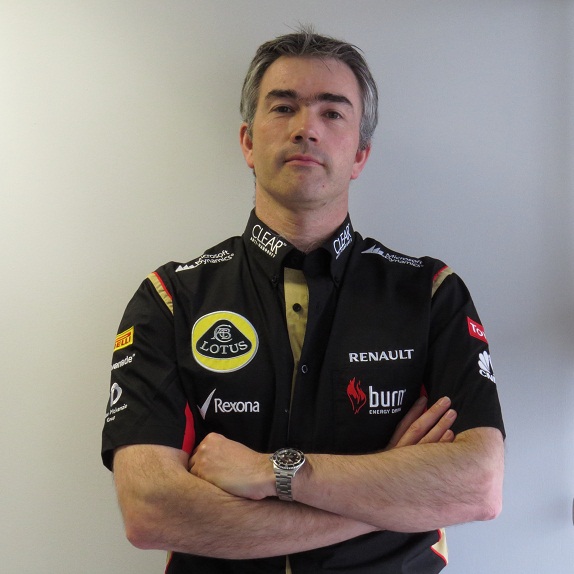 Lotus F1 Team is pleased to announce the promotion of Nick Chester to the position of Technical Director. Nick will replace the departing James Allison, who will leave Enstone after working with the team most recently since 2005 and previously from 1991-1992 and 1994-1999.

Nick has worked at Enstone since 2000, most recently as Engineering Director, and previously as Head of Performance Systems, Head of Vehicle Performance Group and Race Engineer. Prior to coming to Enstone, Nick worked for Arrows Grand Prix for five years.

Eric Boullier, Team Principal:
“We are pleased to announce Nick Chester as our next Technical Director. Nick is well known to everyone at Enstone having been with the team for over twelve years. He is already directly involved with this and next year’s cars, ensuring a smooth transition which has been underway for some time. It’s an illustration of the strength and breadth of talent at Enstone that we can draw on personnel of the calibre of Nick and it’s something of an Enstone tradition for new Technical Directors to be promoted from within. He assumes his new position at a tremendously exciting time for the sport. The 2014 technical regulation changes present many challenges, while our current position of second place in both the Constructors’ and Drivers’ World Championships mean we cannot lose sight of this year’s development battle. Nick really has his work cut out, but we know he is more than capable of handling the tasks ahead. As a team and individually, we would all like to thank James Allison for his efforts during his three stints at Enstone and wish him all the best in his future endeavours.”

Nick Chester, Technical Director, Lotus F1 Team:
“I have worked at Enstone for over twelve years and am delighted to take on the role of Technical Director. I am grateful to the management at Enstone for the faith they have in promoting me to this position. I am very aware of our need to keep pushing development of this year’s E21 whilst developing next year’s car to a set of very different regulations. There are some exciting times ahead for Enstone and I’m honoured to be part of it.”