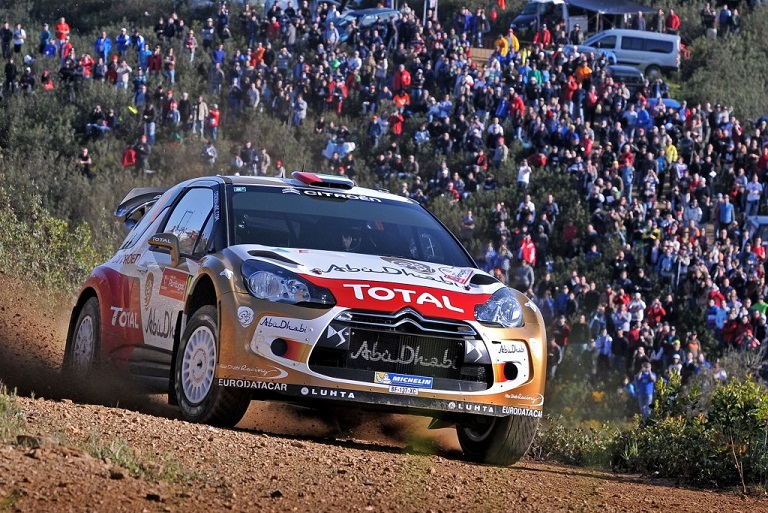 Abu Dhabi, UAE, 21 May, 2013: The notoriously rough and rocky mountain roads of Greece will pose a fresh challenge for the UAE’s Sheikh Khalid Al Qassimi when he returns to action later this month in the Acropolis Rally, the event which inspired one of the best performances of his World Rally Championship career to date.

Partnered by British co-driver Scott Martin in his Abu Dhabi Citroën Total World Rally Team DS3 WRC, Al Qassimi is eager to build on the battling display in Portugal last month which took him to his first WRC points of the season.

Having scored a sixth place finish in the 2009 Acropolis Rally, a result he bettered two years later with fifth position in Rally Australia, the Emirati driver is optimistic about his prospects in Greece, although major changes to the route and the format mean his previous experience of the event will count for little.

“I’ve done the Acropolis four times, but the problem is that they keep changing the location of the rally, and the stages, every couple of years,” he said. “The first time I went there (2004) it was far away in Lamia, then it came back to Athens, and now it’s in Loutraki.

“I don’t know what kind of stages to expect, whether they will be typical Acropolis stages or not, but I know that some of them are long, about 50km. There are also some night stages, which I haven’t done for a few years. So it will be something different for me.”

some of the most fascinating special stages in the WRC calendar.

The 59th edition of the event begins with a qualifying stage on Friday morning 31 May, with an early evening ceremonial start at Zappion, in the heart of Athens, followed by two special stages of 47km and 26km run in darkness. The next day brings ten more stages, with the last four leading to the finish on Sunday’s final leg.

Al Qassimi, who will have a full day of testing in his Abu Dhabi Citroën DS3 prior to a two-day recce of the route on 29-30 May, said: “What I remember about this rally is that it is very rough on the car. You can do a lot of damage if you push at the wrong time, so tactics are important.

“The conditions are rougher than in Portugal. There are a lot of rocks, and you can feel them through the body of the car. It’s a very demanding rally, very challenging.”

Al Qassimi is not the only driver who will be happy with a repeat of his 2009 result in Greece. Mikko Hirvonen won the Acropolis Rally that year, beating current drivers’ championship leader Sebastien Ogier into second place.

Victory this time would give the Finn a major individual boost, and lift the manufacturers’ championship hopes of the Citroën Total Abu Dhabi World Rally Team, the second WRC entry created by the new partnership between Abu Dhabi Racing and eight-time winners Citroën Racing.