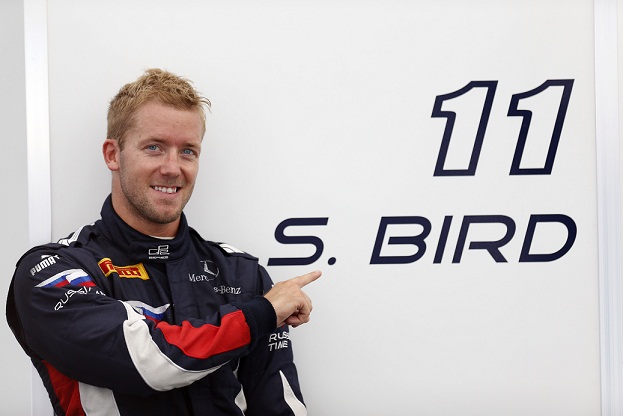 Bird blasts to Monza pole—
Briton bags second top spot of season—
Sam Bird has picked up in Monza where he left off in Spa, claiming his second consecutive pole position in a dramatic qualifying session this afternoon where all of the championship contenders were in the mix right up to the end, as the Briton grabbed the top spot by just 0.034 seconds from Fabio Leimer and Jolyon Palmer.
In a session which saw temperatures soar from the already hot practice period, Bird set his best time of 1:31.788 with just five minutes remaining in a session which was already full of action, setting the cat among the pigeons as his rivals pushed up to, and in some cases over, the limit to steal a march on each other for tomorrow’s race.
Everyone was immediately on track as the lights went green, with series leader Stefano Coletti setting the early pace after picking up a great tow from rival James Calado, setting a target which was soon blasted down by Julian Leal, Stéphane Richelmi, Leimer and Palmer. But two big spins at the parabolica by Sergio Canamasas and Vittorio Ghirelli left gravel all over the track, prompting a red flag period to clean up the mess.
If anyone thought that the timesheets were set, they were soon put to rights when the track went live again as Leimer cut a tenth out of the top time, with Bird soon cutting it even further. The number of championship contenders who cut the first chicane showed just how hard they were pushing, but Palmer was the only man to actually improve his time, albeit missing his target by a fraction.
Behind the top three are Marcus Ericsson, Tom Dillmann, Coletti, Dani Clos, Calado, Jake Rosenzweig and Simon Trummer, all of whom will be thinking ‘what if?’ after a session full of promise: with 22 drivers within a second, tomorrow’s feature race offers an excellent opportunity for them to move back up to where they feel they should be today.
Monza – Qualifying Session 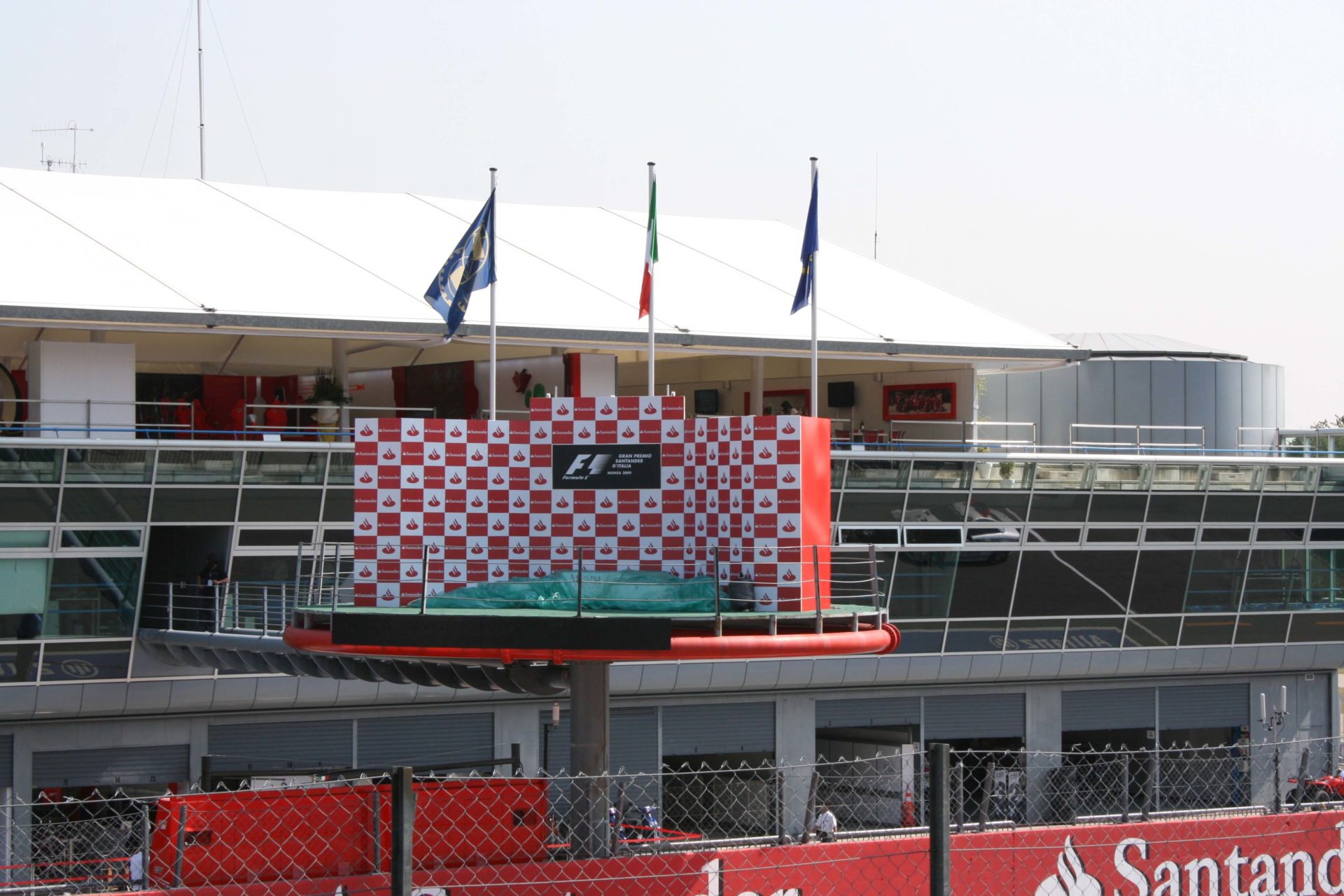 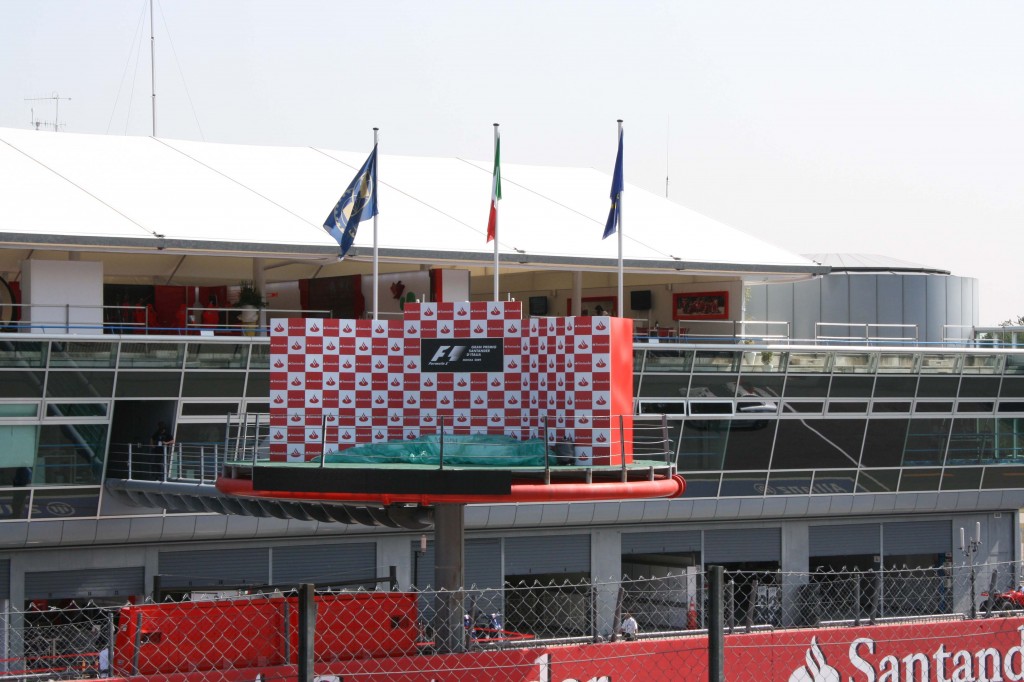 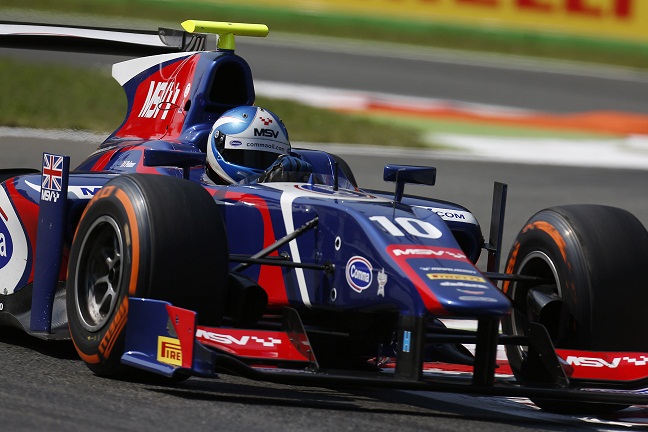 Palmer leads the way in Monza—
Briton fastest in free practice—
Jolyon Palmer set a benchmark for his rivals with a scorching late lap to claim the top spot in this morning’s free practice session in Monza, although it was tight at the top: the Briton’s best lap of 1:32.120 was just 0.003 ahead of Fabio Leimer and two tenths to the good over Sam Bird.
The session opened in hot and sunny conditions, with all drivers heading straight out as the lights went green. James Calado set the early pace, fresh from his earlier F1 practice session with Force India, but when Johnny Cecotto spun at the parabolica five minutes in the session had to be red flagged to sweep the gravel from the track.
When the session restarted Alexander Rossi, Marcus Ericsson, Sam Bird and Leimer all took their turn at the top of the timesheets, and with the usual pitstops now staggered because of the red flag there seemed to be more space than ever for the drivers to find their own grooves. Until around 20 minutes in, that is, when Stefano Coletti and Cecotto came together at turn one, with the Monegasque driver breaking his wing in the process to his clear displeasure.
Palmer had been on the pace all session, and claimed his prize with 8 minutes to go: his rivals had little answer, and were perhaps mindful of avoiding damage with qualifying only hours away, although Bird popped up to third with 5 minutes to go. He displaced Stéphane Richelmi, Tom Dillmann, Coletti, Julian Leal, Simon Trummer, Ericsson and Alexander Rossi with just one second covering the top 17 positions, this afternoon’s qualifying session promises to be dramatic.
Monza – Free Practice
F1Weekly Podcast # 826