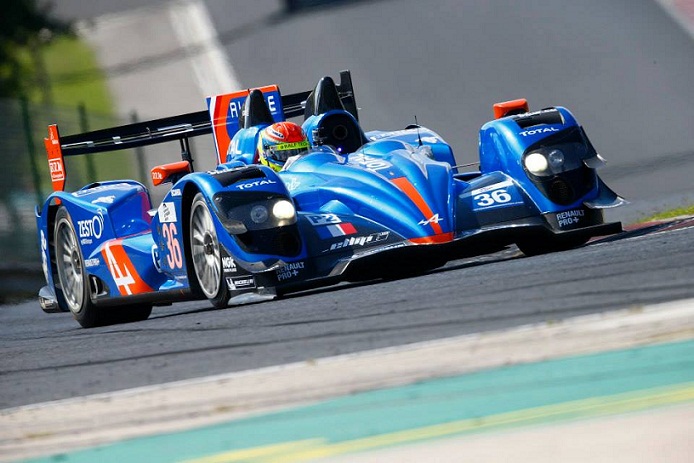 ALPINE AND NELSON PANCIATICI ARE READY FOR THE FINAL!.. 3 HOURS OF CASTELLET (27 & 28 September)—

After a historic victory on the Hungaroring circuit, following 35 years absence, the Signatech-Alpine team currently share first place in the European Le Mans Series championship. As the last race of the season gets ready to roar on the Castellet circuit, Nelson Panciatici feels ready to do battle in a final dreams are made of!

The Alpine A450 has demonstrably shown its potential in each race, with an overall positive outcome of two podiums and a win in the four races of the European Le Mans Series (ELMS) championship. However, to take the title, a high level performance on the Castellet circuit is now practically mandatory. The Signatech-Alpine team, managed by Philippe Sinault, have worked on every last detail that could possibly make a difference.

The team’s motivation is shared by a confident Nelson Panciatici:

“The Alpine A450 has the capacity to win, that’s without doubt, but all points are for the taking, including pole position, as they could make all the difference in the final count! I feel confident because the whole Signatech-Alpine team are motivated to win and they’ve worked hard for it. With my co-driver, Pierre Ragues, we’ve shown several times that we can get the performance and run a good race. Also, I know Le Castellet well, I like the layout, but I still went on the ellip6 simulator to get my marks again. We had the fastest lap in the winter trials, our Michelin tyres responded really well and were in perfect harmony with our car! Personally, I don’t want to focus on the title in this race but, as always, on the aim to win; and Le Castellet is my home, there will still time to review our strategy because the main thing will be to outdistance our track rivals for the title! Driving for Alpine is a source of pride which gives us all that little bit of an edge which should tip the scales in our favour!”

For the Signatech-Alpine team, a victory in the championship still remains the overriding priority for this weekend and Nelson Panciatici will, once more, want to be a part of it!