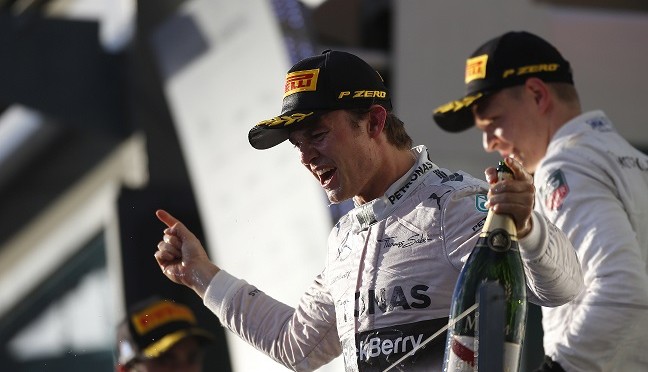 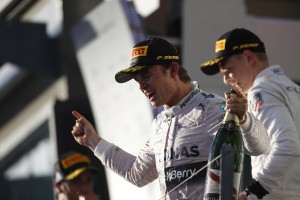 The MERCEDES AMG PETRONAS Formula One Team entered the new era of Formula One with a composed victory for Nico Rosberg from P3 on the grid at the Australian Grand Prix.

• He made two pit stops on laps 12 and 38, running a tyre strategy of option/option/prime, and set the fastest lap on lap 19

• Nico’s win marks the 100th F1 victory for a Mercedes-Benz engine, with the first achieved by Juan Manuel Fangio in 1954

Nico Rosberg
That was an incredible day for us. To start the season with a win is unbelievable and I have to say a big thank you to everybody who was involved in building our car over the winter. I always dreamed of having such a strong Silver Arrow and now it seems we are there. In the race, everything went perfectly for me. My start was great and I was able to push from there until the end, with our fuel consumption well under control. However, despite our success today, we also know that there is still some work to do. We saw over the weekend that reliability is still a concern and it prevented us from having a strong two-car finish. We have two weeks to improve that. I am very much looking forward to Malaysia and I would love to race again tomorrow!

Following the decision of the FIA that Infiniti Red Bull Racing is in breach of Article 3.2 of the FIA Formula One Sporting Regulations and Article 5.1.4 of the FIA Formula One Technical Regulations with Car 3, the Team has notified the FIA of its intention to appeal with immediate effect.
Inconsistencies with the FIA fuel flow meter have been prevalent all weekend up and down the pit lane. The Team and Renault are confident the fuel supplied to the engine is in full compliance with the regulations.
F1Weekly podcast # 815