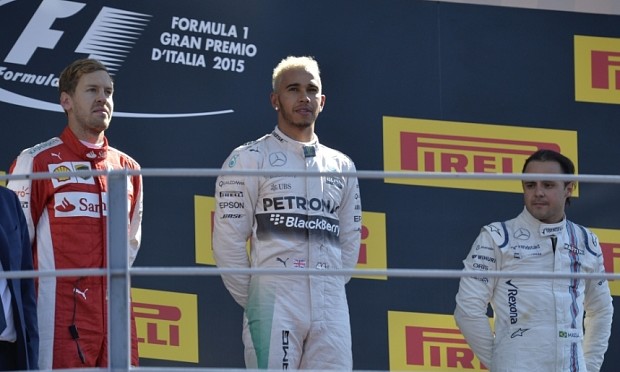 Lewis Hamilton has been confirmed as the winner of the Italian Grand Prix after an investigation into a tire pressure breach.

Hamilton’s Mercedes team were called to see the race stewards immediately after the Briton romped to victory in Monza.

But after a near two-hour investigation they reached a verdict to allow Hamilton to keep his victory.

It means Hamilton will head to the Singapore Grand Prix with a 53-point lead over Nico Rosberg who retired with an engine problem.

The 30-year-old held off the challenge from Ferrari’s Sebastian Vettel on the run down to turn one and from there he never looked back.

As far as dominant race weekends go, Hamilton is unlikely to have sampled one like this before.

The British driver headed into Sunday’s race having topped every practice and qualifying session. He followed that up with a lights-to-flag victory and posted the fastest lap, too.

The German, who had already reverted to an inferior Mercedes engine, after his packed up in practice on Friday, started from only fourth on the grid. 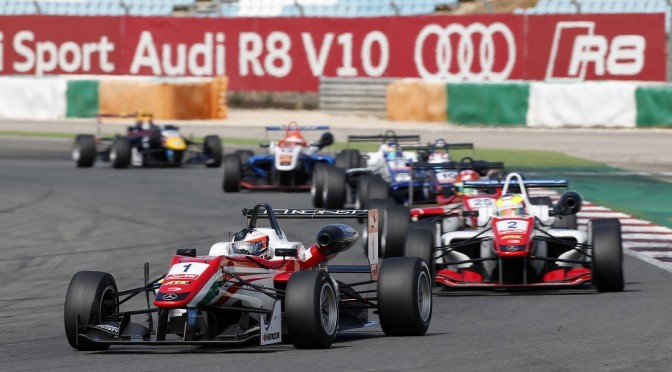 Felix Rosenqvist (Prema Powerteam) concluded the FIA Formula 3 European Championship weekend at the 4.684 kilometres long Autódromo Internacional do Algarve with his ninth victory of the season. Behind the 23-year-old Swede, who extended his lead in the FIA Formula 3 European Championship standings, Jake Dennis (Prema Powerteam) and Lance Stroll (Prema Powerteam) finished second and third. The Canadian also picked up the trophy for the best-placed rookie. George Russell (Carlin), Sérgio Sette Câmara (Motopark) and Pietro Fittipaldi (Fortec Motorsports) rounded out the top six in the 27th race of the FIA Formula 3 European Championshp season. Rosenqvist is now 34.5 points ahead of Antonio Giovinazzi (Jagonya Ayam with Carlin), who is second in the drivers’ standings with six races remaining.

In bright sunshine, Felix Rosenqvist made perfect use of his pole position and took the lead at the start. On the first few metres, Jake Dennis and Lance Stroll slotted in behind him. Markus Pommer (Motopark) and Maximilian Günther (kfzteile24 Mücke Motorsport) collided while still on the opening lap and retired. The safety car was deployed to allow for the cars of the two Germans to be recovered.

At the restart on lap five, Prema driver Rosenqvist was wide awake and remained in the lead. Further down the order, Antonio Giovinazzi overtook rookie drivers Callum Ilott (Carlin) and Dorian Boccolacci (Signature) and claimed eighth place. In the race, that particularly provided action in the midfield with numerous overtaking manoeuvres, the Italian went on to finish eighth behind Charles Leclerc (Van Amersfoort Racing). Nick Cassidy (Prema Powerteam) and Dorian Boccolacci rounded out the top ten in ninth and tenth place respectively. For New Zealander Cassidy, who made his FIA Formula 3 European Championship comeback in Portugal, this result brought him the first two championship points.

Felix Rosenqvist (Prema Powerteam): “I was particularly cautious at the start, because I wanted to avoid a collision with my team-mates. After that, I mainly focussed on my tyres as they weren’t the freshest anymore. Therefore, I tried to maintain the gap to Jake at one second. I reckon that we have done a great job as a team here and we have shown that we are the fastest. As far as the championship is concerned, I am working from one race to another. Here at Portimão, things were going really well for me, but that can change quickly. Therefore, we have to keep working and stay focussed until the end of the season.”

Jake Dennis (Prema Powerteam): “My tyres were newer than Felix’s, but I wasn’t able to benefit from this advantage. At no point in the race I was able to get closer than one second. All of a sudden, I saw that there were only three laps to go – I thought that the race would still be longer at that point. From then on, I did my utmost, but second place was all I could manage. In the final two meetings at the Nürburgring and Hockenheim, I will keep on pushing, because in fourth place of the drivers’ standings, I have nothing to lose.”

Lance Stroll (Prema Powerteam): “For me, it was a pretty straightforward race without a lot of action. My start wasn’t good, probably the worst of the season. As a result, I lost one place to Jake. For large parts of the race, I was able to keep up with Felix and Jake, but towards the end, I was no longer able to do so and I had to let them go. I still have to work on keeping up my performance until the end of the race.