Fabian Schiller (Team Marc VDS EG 0,0) and Steijn Schothorst (Equipe Verschuur) win the final two races in the history of the Renault Sport Trophy. Winner of the AM Sprint race, despite making contact with the tyre wall, Fabian Schiller concluded the season in style ahead of Fran Rueda (Team Marc VDS EG 0,0) and Jelle Beelen (V8 Racing). After prevailing in the first ever PRO Sprint race of the Renault Sport Trophy, Steijn Schothorst has come full circle in winning the final race ahead of devant Kevin Korjus (R-ace GP) and David Fumanelli (Oregon Team)

Sprint AM: Schiller wins despite the wall.

After taking his fourth pole on Saturday, Fabian Schiller started in the lead. The 2016 Renault Sport Trophy Endurance and AM champion soon built a lead from Fran Rueda before making an unforced error and hitting the tyre wall with the left rear of the car on lap eight.

Fending off the return of his team mate, the German driver went on for his fourth Sprint race win of the season ahead of Fran Rueda and Fredrik Blomstedt (R-ace GP). Overtaken at the start by Miguel Ramos (Equipe Verschuur), before recuperating third place, the Swedish native was disqualified after the race for insufficient compensation weight. 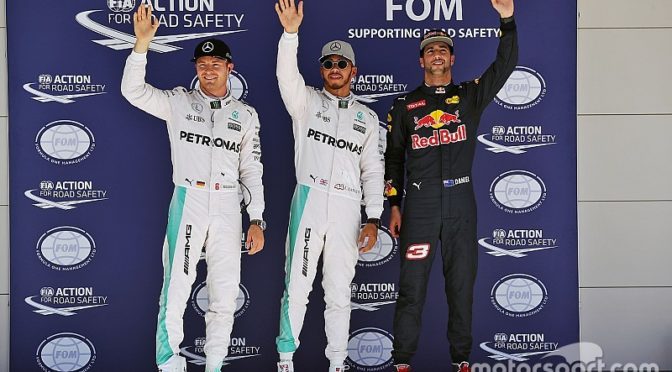 LCH CONTINUES HIS DOMINATION OF THE USGP WITH POLE

Lewis Hamilton took the pole in the United States Grand Prix at Circuit of the Americas in Austin, Texas. LCH turned a lap nearly a quarter second faster than his teammate, Nico Rosberg.

But the domination didn’t stop there. Rosberg’s lap, in turn, was more than a quarter second faster than third place, wannabe Texan Red Bull driver Daniel Ricciardo. After Riccardo paced the second round of qualifying—and took second place behind his teammate in free practice three—many were wondering if Red Bull and the Aussie had some speed up their sleeve. Alas, that was not the case, and the Red Bull duo of Ricciardo and Max Verstappen will start the race third and fourth.

Further down the grid, Kimi Räikkönen and Sebastian Vettel will start fifth and sixth for Ferrari, and Nico Hulkenberg will be the only Force India in the top 10, bringing his head to head qualifying with teammate Sergio Perez to an even nine to nine for the year. The Williams duo of Valtteri Bottas and Felipe Massa also made the top 10, as well as Toro Rosso driver Carlos Sainz Jr.

Not making the top 10 and the final round of qualifying were Fernando Alonso—though he still out-qualified his McLaren teammate Jenson Button—and Daniil Kvyat, who has been handily out qualified by his first teammate, Daniel Ricciardo, and his current teammate, Sainz.

Further down the grid, the Haas F1 Team could not make lighting strike twice after getting both cars in the top 10 in qualifying at the last Grand Prix in Japan. Esteban Gutierrez starts in 14th and Romain Grosjean in 17th for the American team’s first home Grand Prix.