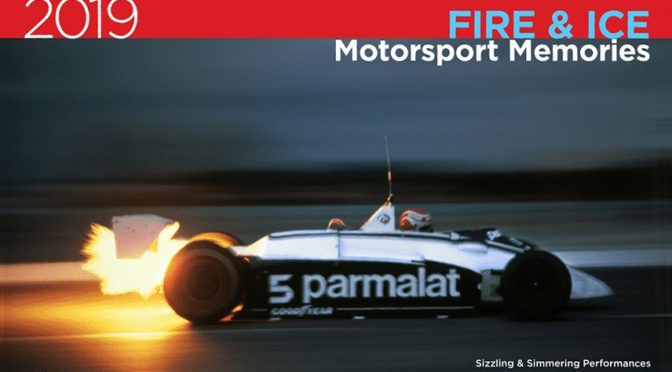 GREETINGS RACE FANS & F1WEEKLY FAMILIA. “Fire & Ice” – the theme for 2019 calendar – features sizzling and simmering performances from teammates during the same season. The tradition of uber domination that Sebastian Vettel enjoyed in 2013, winning 13 races while his teammate went winless, goes back to the first decade of the Formula 1 championship.

In 1954, the great Juan Manuel Fangio won grand prix races with Maserati and Mercedes, while his teammate in the other Silver Arrow went winless.

Jim Clark delivered the same knock-out punch and performance to his Lotus teammate on his way to his first title glory in 1963.

His fellow Scot, Jackie Stewart, won the first of his three championships in similar dominating style in 1969 in the beautiful blue Matra.

Even the triple world champion, “Super Rat” Niki Lauda had to play second fiddle to the big French ‘fromage’ of the 80s, Alain Prost while they were teammates at McLaren in 1985.

All this and more stories and stunning photographs are included in the 2019 Motorsport Memories calendar.

You know you want to!