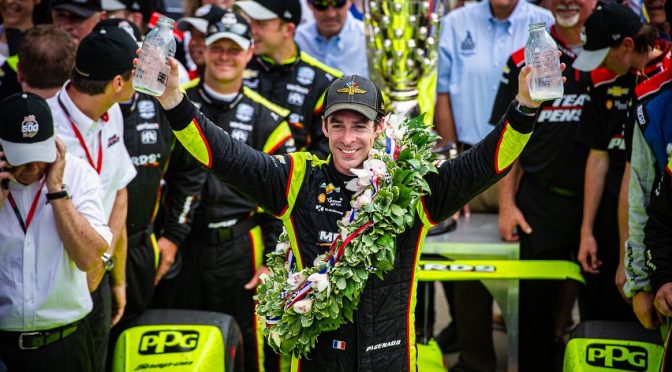 INDIANAPOLIS (Sunday, May 26, 2019) – Simon Pagenaud completed his May mission with the biggest win of his racing life, capturing the 103rd Indianapolis 500 presented by Gainbridge in a duel for the ages and extending Team Penske’s dominance in “The Greatest Spectacle in Racing.”

Pagenaud edged Alexander Rossi by 0.2086 of a second following a thrilling clash over the final 14 laps at Indianapolis Motor Speedway that had the crowd at the world’s largest single-day sporting event on its feet and screaming with excitement. It was the seventh-closest finish in Indianapolis 500 history.

“It’s amazing. It’s another dream come true, and the biggest dream of my life come true,” said Pagenaud, the 35-year-old native of Montmorillon, France. “It’s hard to fathom, really. It’s really hard to process it right now, but I’m just filled with a lot of joy.” 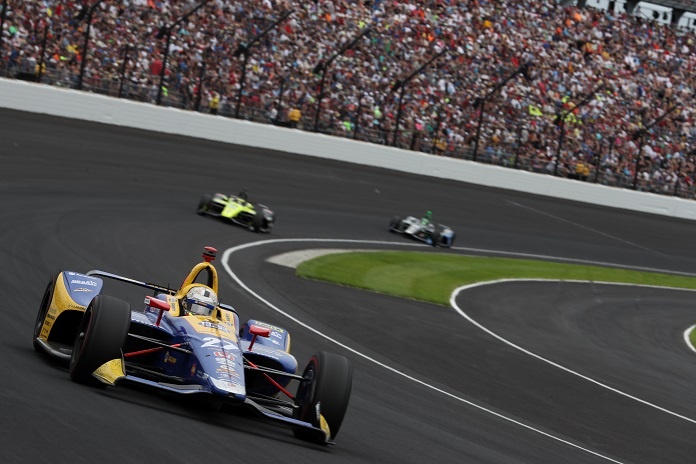 Pagenaud and Rossi swapped the lead five times in the closing laps, the last when Pagenaud roared his yellow No. 22 Menards Team Penske Chevrolet outside of and past Rossi’s No. 27 NAPA AUTO PARTS Honda heading into Turn 3 on the 199th of 200 laps around the famous 2.5-mile oval.

From there, Pagenaud wasn’t to be denied in collecting his first Indy 500 triumph and 13th career NTT IndyCar Series victory. On the heels of his win May 11 in the INDYCAR Grand Prix on the IMS road course, Pagenaud became the first driver to win more than one NTT IndyCar Series race this season and second Team Penske pilot to win both IMS races in the same year – following Will Power in 2018.

“I drove really spirited today, but it’s just incredible,” Pagenaud said. “I can’t take all the credit because I think it showed I had the best car out there.

“The car was just on rails; the yellows came out perfectly. The stars are aligned. … It’s pretty amazing.”

Pagenaud, the 2016 NTT IndyCar Series champion, also pushed to 18 the number of Indianapolis 500 wins for team owner Roger Penske. It’s a total 13 more than the next nearest owner.

Pagenaud becomes the fifth driver born in France to win the Indianapolis 500 and first since former Team Penske driver Gil de Ferran in 2003.

“Simon wasn’t going to be beat today,” Penske said. “He raced clean, and that’s what I have to say about Rossi also. The two of them for the laps that they ran side by side was as good of racing as you’ve ever seen here.”