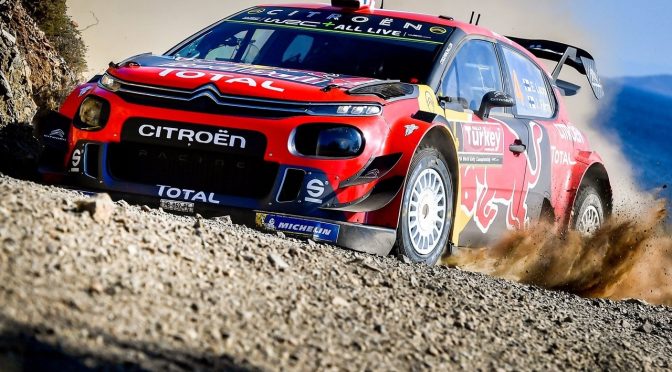 Sébastien Ogier – Julien Ingrassia and Esapekka Lappi – Janne Ferm secured two stage wins apiece as they tightened their stranglehold of the rally to end day two first and second overall, following another dominant performance that saw them increase their advantage over the chasing pack.

Featuring two of the slowest and most technical stages of the weekend as well as Kizlan, a new and very fast speed test (contested at an average speed of almost 110kph), today’s 109.80km-long leg looked like it would be extremely challenging once again. Conditions were all the more testing for the fact that ground temperatures reached 50 degrees Celsius. 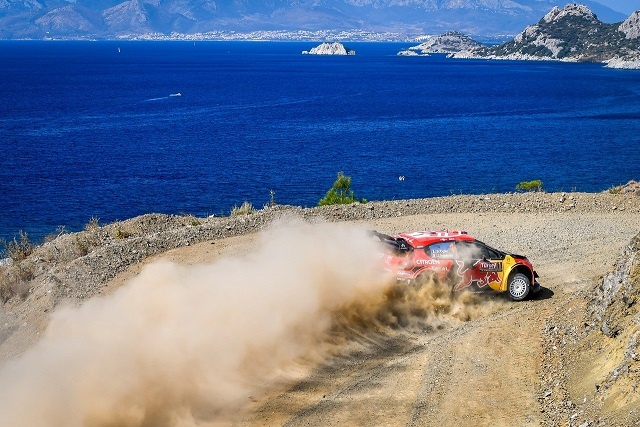 In such extremely hot conditions, and despite there being a hard, very sandy base on the roads, you had to be very confident in your ability to look after your tyres in order to gamble on taking three medium compound and two hard Michelin tyres, from so far down the running order (ninth). And yet that was exactly the approach adopted by Sébastien Ogier and Julien Ingrassia this morning. It paid off immediately as the French crew claimed their first stage win of the weekend on Yesilbelde (33km), having spent more than twenty-five minutes combining serious pace and expert tyre management in the C3 WRC! 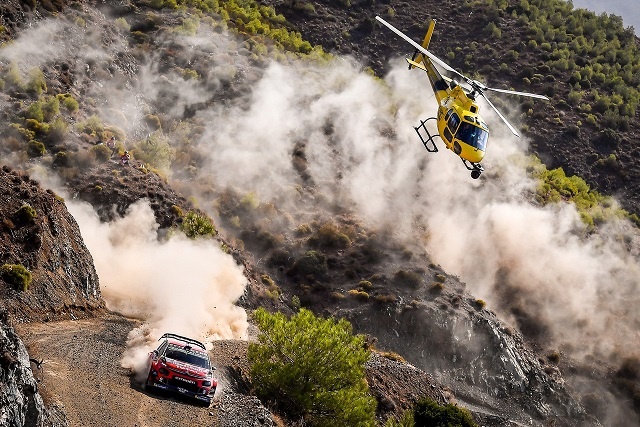 With their rivals more than a minute behind, the six-time world champions focused on adopting a rhythm that would enable them to minimise the risks as much as possible on these very rough roads. Sébastien and Julien added another stage win on the second pass on Yesilbelde, taking over from their team-mate at the top of the leaderboard. They remained there at the end of the day and head into tomorrow’s final leg very determined to complete what would be an excellent overall team performance and a good result for the championship.

With a tyre package favouring hard compound tyres (four, plus one medium), Esapekka Lappi and Janne Ferm also impressed on the morning loop. They claimed two consecutive second fastest times, then a stage win (SS10), all done without taking any unnecessary risks in the C3 WRC. Aware of the need for the Citroën Total World Rally Team to secure a one-two finish tomorrow, they pursued the same rhythm in the afternoon, enabling them to keep out of trouble. They Finns managed to score another stage win on the repeat of Kizlan and although they lost the overall lead to their team-mates after stalling on SS12, they still remain way ahead of their nearest challengers.

The Citroën Total World Rally Team members will now get to work on the C3 WRCs – once again incredibly reliable – to ensure the Citroën crews make it through the 38.62 kilometres of timed stages left to complete tomorrow.