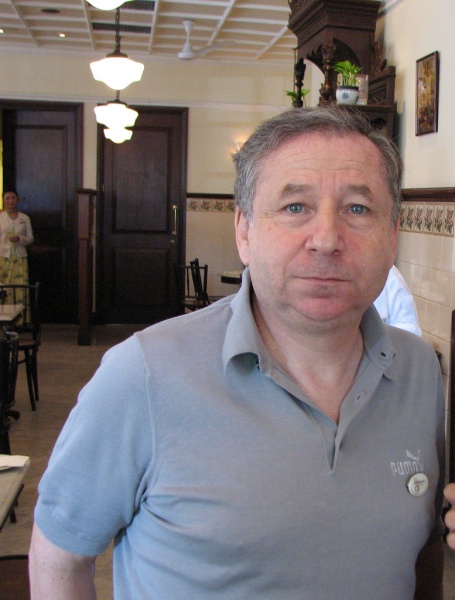 Jean Todt is the new president of the FIA

Jean Todt: Born February 25, 1946 in the commune of Pierrefort in the Cantal department of France, his ancestry being French and Polish, Todt’s motorsport career began when he took his father’s Mini Cooper S for a ride with a friend. Thence he moved to various driving roles in rally series, but decided his strength was as a co-driver; he continued as such with the Peugeot Talbot Sport rally team until his retirement from competition in 1981.

The team moved Todt into a management-oriented position, charging him to organize the design and construction of the 205 Turbo 16 for the 1984 World Rally Championship season. After a slow start, the 205 won the world title in 1985 and 1986; other Todt-managed models continued to dominate, winning rally championships, hill climbs, and with the highly successful Peugeot 905, the Le Mans 24 hours and the World Sportscar Championship, into the 1990s. Peugeot, despite Todt’s continual urging, refused to enter the Formula One Championship, and when a position opened at the Ferrari F1 team, Todt took the opportunity in 1993.

Todt was the first senior appointment of Ferrari president Luca di Montezemolo who had been placed in charge of a once legendary team which “had become something of a joke. The Todt/di Montezemolo leadership hired Michael Schumacher in 1996, with whom came strategist Ross Brawn, and designer Rory Byrne. The Independent credited Todt with melding this combination “into a cohesive structure devoid of the polemics which were so rife. The fortunate combination produced a nearly-unbeatable team. Todt and Ferrari president Luca di Montezemolo have since been considered responsible for turning Ferrari from a has-been team, helpless without founder Enzo Ferrari, into the powerhouse it is today.

Following much speculation as to FIA President Max Mosley’s impending retirement, rumors arose in 2004 to the effect that Todt would run for the office. Mosley commented that though Todt would make an excellent president, he was quite happy at Ferrari; however, it had long been assumed that when Michael Schumacher retired from F1, Todt would leave his job. In an apparent bid to maintain Todt’s loyalty, Ferrari president Luca di Montezemolo promoted Todt to the head of the entire Ferrari operation, including street car production.

He remained as the Team Principal of the Scuderia F1 Team for one more season, and was replaced by Stefano Domenicali on 1 January 2008, however he still remained as CEO of Ferrari. On March 17, 2009, it was announced that Todt had resigned, leaving Ferrari completely.

The French government has made Todt a Chevalier of its Legion d’Honneur. He was further honoured with the Grand Officier rank of the honour in January 2007. Also, in July 2006, Todt was given the official Malaysian royal title of ‘Datuk’ by Sultan of Terengganu, which is the Malaysian equivalent of a British knighthood he is now widely addressed in Malaysian media as Datuk Seri Jean Todt.