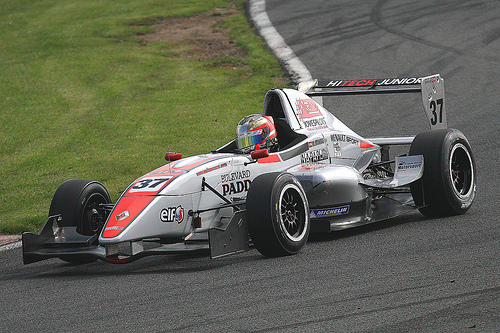 Motorsports Mondial with Nasir Hameed including a conversation with…

Monrás began his motorsport career in karting back in 2002. In 2007, he was runner-up of the European KF2 Championship behind championship winner Will Stevens. He also made his debut in single-seaters in 2007, racing in Master Junior Formula.

The following season, Monrás competed in both the Eurocup Formula Renault 2.0 and Formula Renault 2.0 West European CupSG Formula. He finished fifth in the Eurocup standings, taking eleven points-scoring positions in fourteen races, including podiums at Barcelona and two at Hungaroring. In the West European Cup, he took fourth place in the championship, scoring seven podium places.

2010 will see Monrás move to the GP3 Series, competing for MW Arden, the team that is backed by Formula One Red Bull Racing’s driver Mark Webber. He will join Michael Christensen at the team. 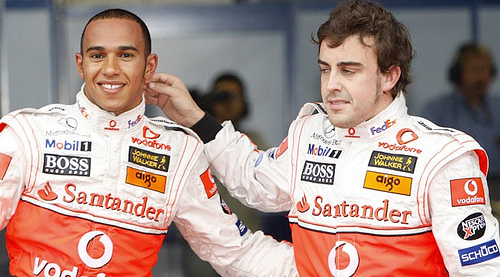 Could this have something to do with Fernando’s anger?

Vettel puts his championship hopes back on track with victory in Valencia.

Lewis Hamilton with an amazing second after a drive through penalty.

Kobayashi with a great drive and passing on the final corner of the race.

FIA unhappy with Fernando Alonso and Ferrari’s slam of the European GP.

Podcast number 437 race re-cap is late due to technical difficulties.

Vettel takes control with his fourth pole and a Red Bull front row.

Disaster for Mercedes GP with both cars failing to reach Q3. 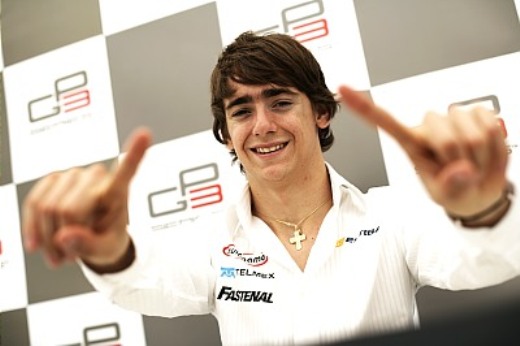 Uno, dos! Mexican talent Esteban Gutierrez scored his second victory of the season on Saturday in the GP3 feature race in Valencia. The ART driver led the race from start to finish after starting from pole position.

Man from Monterrey, Mexico, recorded the fastest lap of the race on the final lap to claim the extra bonus point.

Robert Wickens of Canada was second with local driver Roberto Merhi third in his GP3 debut. Several cars were eliminated on the opening lap including sprint race winner from Barcelona Alexander Rossi of Nevada City, California.

In the championship North American contingent occupy the top three slots. Gutierrez leads with 35 points. Wickens is second with 19 and Rossi is third with 17 points. 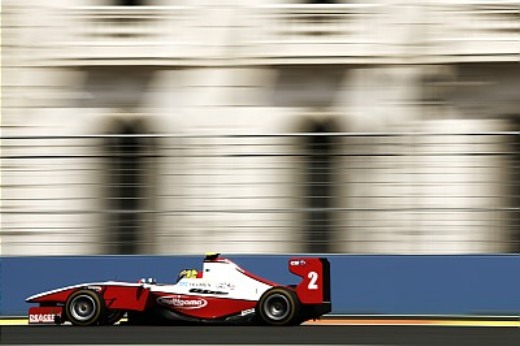 Red Bull to race F-duct for the first time this weekend in Valencia.

Michael Schumacher continues to struggle in the Mercedes. 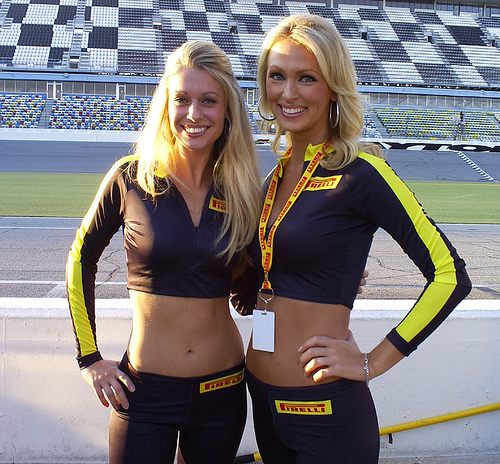 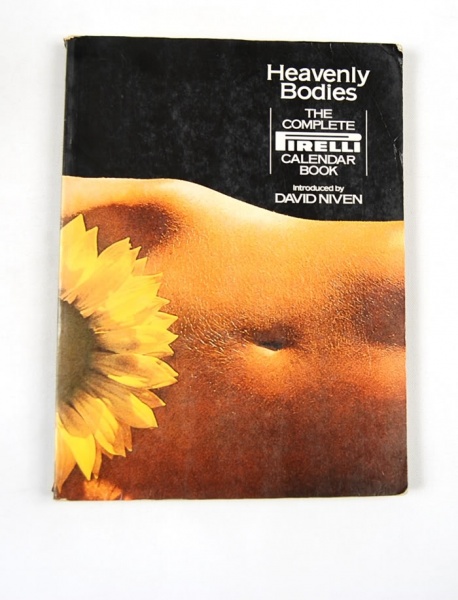 Pirelli was the winning rubber when Dr. Nino Farina took the checkered flag at Silverstone in the 1950 British Grand Prix, the dawn of Formula 1 civilization. Since then the Milanese company has amassed success in various forms of motorsports all over the world.

Pirelli’s first success came in the 1907 Paris-Peking Rally, which inspired the company to introduce its elongated P logo in 1908.

The company’s products were used by Ferrari to win the 1954 Le Mans 24 Hours with Maurice Trintignant and Froilan Gonzales. Three years later Pirelli shod Maserati won at Sebring 12 Hours with Juan Manuel Fangio and Jean Behra. The same year, 1957, Pirelli departed from F1 scene on a very high mark, helping Fangio to his fifth world championship and his final and greatest Grand Prix triumph at the Nürburgring.

On the rallying front Pirelli has been involved since the 1970s, most notable success was Sandro Munari’s three in a row Lancia Stratos wins in the 1975-’77 Monte Carlo Rally.

Pirelli’s second foray in F1 circles was in the early ‘80s. Brazilian Nelson Piquet gave the team their first win at Paul Ricard in the 1985 French Grand Prix. Six years later in Canada Piquet would provide their last Grand Prix win in a Benetton.

With Bridgestone following Japanese giants Honda and Toyota in their F1 exodus we welcome an old F1 friend back to the Grand Prix circuit. Pirelli will be the exclusive supplier from 2011 to F1 and GP2 teams.

Pirelli is also one of the largest manufacturers of cables.

USF1 Is fined and banned from any FIA championships. 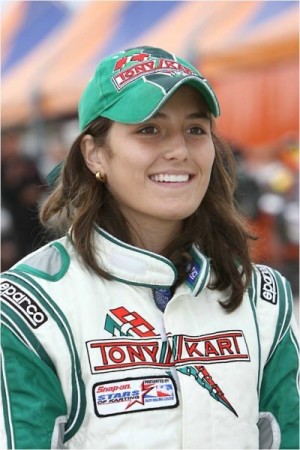 Established in 1997 in Buenos Aires, Argentina, Juncos Racing opened its doors as a full-service Formula Racing Team. Over the next 5 years, the team competed in various National Championships including the Formula Renault 1600 Championship, the Formula Renault 2000 Championship and the National Sport Prototype Championship of Argentina. In 2003, team founder and owner, Ricardo Juncos, felt there was a need to carry his knowledge and expertise to North America. In September of 2003, Juncos Racing opened its doors in Miami, Florida as a full service karting team.

The next few years proved to be successful beyond imagination as the newly formed Juncos Racing team captured 19 Local, Regional and National karting Titles throughout North America. In 2008, Juncos Racing dedicated most of its time establishing and training its drivers and crew members in preparation of the much anticipated next step into the vast world of open wheel Formula Car Racing. 2009 proved to be a challenging, yet successful season as we carried our dedication, knowledge and expertise forward to start our journey with the Star Mazda Championship presented by Goodyear.