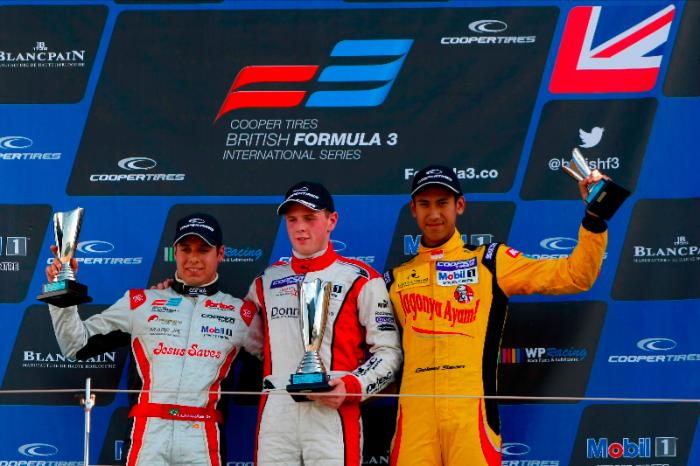 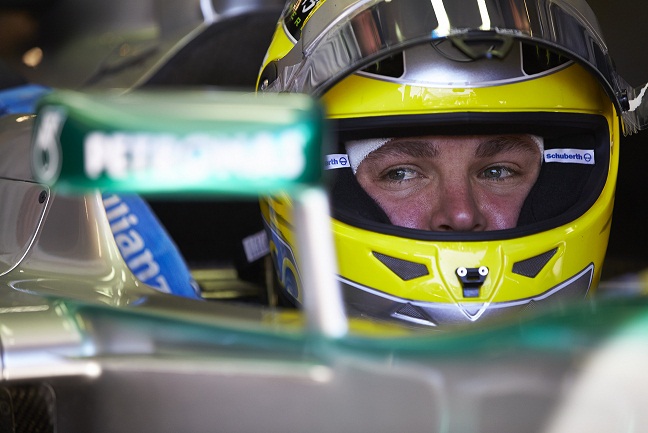 Nico Rosberg
It´s a great feeling to be on pole in the city where I grew up and it means so much to me to drive through the streets here in a Silver Arrow. The conditions were really difficult out there today with the rain at the start but we handled it well. I have to say thank you to everybody at the team for all of their hard work in improving our car and our performance so much since last year. Having said that, we know that race pace has been our weakness. We´ve learnt a lot since the last race, and this track should suit us, but we´ll have to wait until tomorrow to find out if this will be enough.

Lewis Hamilton
Congratulations to Nico and the team today, a great job all round. It´s a big improvement for me after struggling in the practice sessions here so I´m really happy to be on the front row of the grid. I didn´t have a great first sector on my lap today but after that it really came together. I´ve got some work to do as I haven´t felt completely comfortable in the car this weekend but I´m confident that we can have a good race tomorrow and we´ll be aiming to get the best possible result for the team.

Ross Brawn
That was a tricky session and the weather kept us on our toes for the whole hour. Nico, Lewis and the whole team did a great job throughout qualifying to put us in the perfect position at the front of the grid for tomorrow. We are well aware of our fate in the last few races and we have to make sure that we are in better shape for tomorrow. I believe we have moved in the right direction and we´ll see tomorrow if those improvements are enough and we can have a good race.

Toto Wolff
What a fantastic result and a brilliant performance from both drivers. There was a lot to lose at the beginning of the session in the wet conditions and it was important to judge the right changeover point from intermediate to dry tyres. The team did a perfect job of keeping both drivers in the chase and they then delivered the rest out on track. Of course we are very pleased this afternoon but, at the risk of sounding like I am repeating myself, we know it´s tomorrow that really counts.

Forty-eight hours after free practice, the Formula Renault 3.5 drivers were back on the streets of Monaco for qualifying. Nico Müller, who had a quiet practice session on Thursday, pulled off a surprise by claiming his first ever pole position in the category. The Swiss will share the front row of the grid with Jazeman Jaafar (Carlin).

As always at Monaco, the 26 drivers were split into two groups for qualifying. The fastest time overall would earn pole position, with the rest of drivers from the pole-sitter’s group lining up directly behind him on the starting grid. The drivers from the other group, meanwhile, would start the race on the other side of the grid.

Kevin Magnussen (DAMS), the overall championship leader coming into this round, led Group A on to the track for the first 25-minute qualifying session. The session started with threatening skies overhead, but the sun was able to pierce the clouds and gradually warm up the track.

Conditions, however, remained difficult, as Nigel Melker (Tech 1 Racing) proved by spinning at Rascasse. Jazeman Jaafar went quickest lap after lap, and set a benchmark time of 1:25.017 before returning to the pits for his second set of fresh tyres.

With only three minutes of the session remaining, Denmark’s Kevin Magnussen launched his bid for the fastest time, and was the first driver to lap in under 1:25. Magnussen then improved once more, before Jaafar went fastest again with a lap of 1:23.648. Carlos Sainz Jr. came close to finishing the session fastest, but missed out after bouncing his car over the kerbs at the Piscine chicane. Jaafar held on to top the timesheets, with Norman Nato (DAMS) and Will Stevens (P1 by Strakka Racing) second and third respectively.

Shortly after, the Group B drivers made their way on to the track. Zoel Amberg (Pons Racing) went straight on at Rascasse and a few drivers locked up at the exit of the tunnel section, but there were otherwise no major incidents. After 10 minutes, Stoffel Vandoorne (Fortec Motorsports) lapped in 1:24.514, and the Belgian stayed top of the timesheets until the final ten minutes.

Marco Sorensen (Lotus) was first to beat Jaafar’s benchmark time, while Antonio Félix da Costa (Arden Caterham), another contender for pole, was thwarted on what should have been his fastest lap. At the chequered flag, Nico Müller (International Draco Racing) snatched pole position with a lap of 1:23.453. He finished ahead of Marco Sorensen, Stoffel Vandoorne – who will receive a five-place grid penalty – Antonio Félix da Costa and Mikhail Aleshin.

Nico Müller: “It’s an amazing feeling to have taken my first Formula Renault 3.5 pole at Monaco! I wasn’t very comfortable on Thursday, but we worked hard as a team to improve our performance. Here, you have to take all your risks on the final lap. It paid off for me and I’m very pleased. Part of the work is done, but the hardest part is still in front of us.”

Jazeman Jaafar: “This result builds on our performance in free practice, where we worked very well as a team. I’m a bit disappointed that I’m only second, but the second group was always going to be quicker. It’s my first drive at Monaco, but I love the circuit. I’m improving with every lap and it’s very exciting.”