Vicky Piria will be lining-up in the 2012 GP3 Series with Trident Racing. The team, owned by Maurizio Salvadori, is proud to announce the positive outcome of the talks with the highly talented female racer. The Milan-based driver will be forming an all-Italian combination.

Only a few female racers have enjoyed success in open-wheel racing, but that’s extra motivation for Vicky. Her entry in the 2012 GP3 Series represents an important step towards Formula 1. Despite being just 18, she undertook a tough winter training regime and the team were pleased with her results.

For Trident Racing, the agreement with Piria is a valuable step forward in it’s newborn GP3 program. As the team always look forward to promote young, talented racers, the Italian squad is proud to give an opportunity to shine to an ambitious and great racer like Vicky.

“After ending the 2011 F.Abarth season I had the chance to test a Formula 3 car as I saw that as a possible chance for my open-wheel career. When Trident Racing explained to me the details of their GP3 Series program though, I immediately knew that it was the right thing to do for me. I know that there will be many tough aspects to overcome, especially because there will be a lot of more experienced drivers among my opponents. That said, I feel no pressure. I know I can afford a year learning and I’m aware that my goal for 2012 will be to improve step-by-step every lap.

“I want to learn the tracks which are almost unknown to me and a car that I haven’t driven before. I know I can rely on the help of Trident Racing’s engineers. We immediately got in touch with each other and I wasn’t scared at all in signing with a team I had never tested with. I’m excited by the idea of racing at the same events of Formula 1, and I believe that every driver aiming at the most prestigious series in the world knows that GP3 and GP2 are proven stepping stones”. 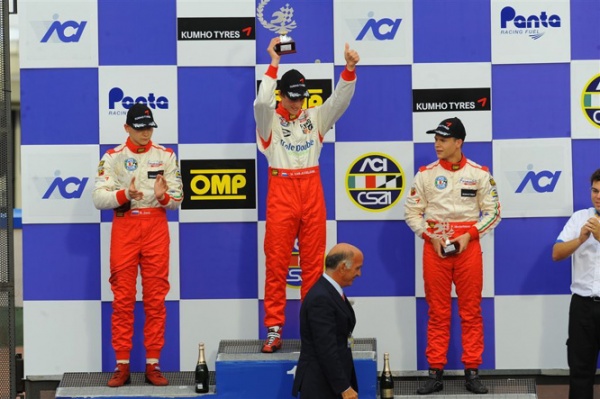 Hannes in Wonderland: They say practice makes perfect. And that’s what Hannes van Asseldonk, the Boy from Boekel, in the Netherlands, plan to do during the off-season. No sooner had the Formula BMW Europe season ended Hannes hopped in a Formula Abarth car of Prema Junior team at Vallelunga and recorded very quick times.

He was fastest in first free practice and qualified on the second row in fourth place for his debut in Formula Abarth Championship past weekend. 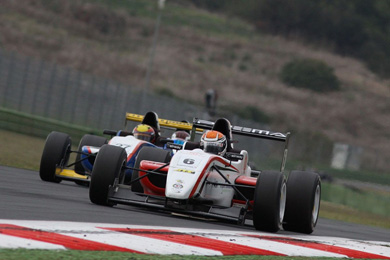 More surprise was in store for the competition. Still only in his first full year of racing and competing against a field of over 30 drivers, including son of ex-F1 driver Eddie Cheever, Hannes recorded the fastest lap of the race on his way to the maiden win of his young racing career.

In the recently concluded Formula BMW Europe series, Hannes drove for Josef Kaufmann Racing of Germany. His teammates were fellow Dutchman Robin Frijns, who went on to win the championship in the final race of the season at Monza, and Finnish karting star Petri Suvanto.

Hannes will have his hands full when he competes in 2011 in the yet-to-be –determined series due to the demise of Formula BMW Europe at the end of this season, but given his impressive pace and fierce determination, the future for this young 18-year old Dutch driver is ‘starry, starry bright.’