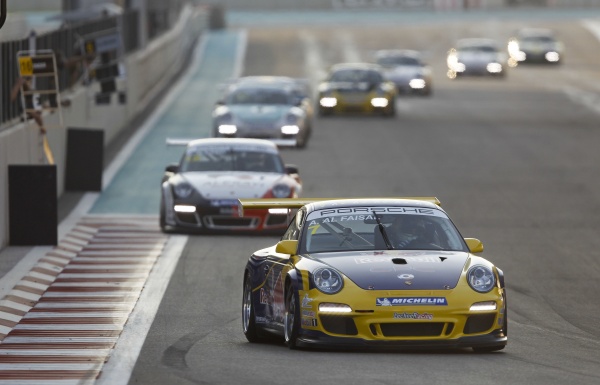 Abu Dhabi.  Austrian Clemens Schmid won Round 6 of the Porsche GT3 Cup Challenge Middle East at Yas Marina Circuit today after a great battle with Saudi Arabia’s Prince Abdulaziz Al Faisal who extended his lead in the championship for the second day running.

Starting from pole position as he had done 24 hours earlier, Schmid immediately lost the lead in the race to the first corner and spent the next ten laps desperately trying to find a way past Prince Abdulaziz.

He finally made it with four of the 14 laps remaining and held on for a slender victory, although second place for the Saudi driver still saw him stretch his advantage in the title race to eight points over Bandar Alesayi who finished third.

Another Saudi, Saeed Al Mouri, took fourth place ahead of Belgian driver Stephane Lemeret who fought his up from the back of the field after spinning off on the first corner.

Swiss driver Armin Schmid just managed to hold off Saddon Al Kuwari to complete the top six, although the Qatari driver finished the race as the comfortable leader in the new Michelin Silver Trophy standings for the intermediate class.

Oman’s Ahmad Al Harthy went out of the race when he slid into a barrier on lap six in an incident which also saw Al Mouri spin out and lose third place to Alesayi. 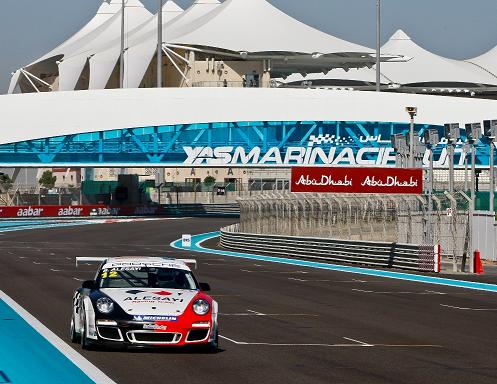 Abu Dhabi.  Title-chasing Bandar Alesayi has warned his rivals in the Porsche GT3 Cup Challenge Middle East that he is targeting a double race victory as the series returns to action at Yas Marina Circuit over the next two days.

The 12-round Porsche one-make series reaches the half way point in the 2011-12 season as the headline event in Abu Dhabi, and Alesayi plans an all-out attack in an effort to catch or overhaul the championship leader, fellow-Saudi Prince Abdulaziz Al Faisal.

“My target now is to win every race,” said Alesayi, who tasted victory on the same circuit during last month’s big Formula One weekend race programme and wants a double helping of the same in Round 5 tomorrow (Thursday) and 24 hours later in Round 6.

“I’m definitely quicker this season. I’m driving with a lot more confidence and pushing the car to the limit. It’s all about experience really. As well as that, I had a long break in the summer and did a lot of thinking. This season I’m handling the car a lot better, braking later, and overall performing much better than I did last year.”

After grabbing pole position for rounds 3 and 4 and winning the second race, Al Harthy is not content with third position in his first season in the series, while Lemeret is anxious to present Dubai-based Al Nabooda Racing with their first Porsche GT3 Cup victory.

Schmid is not contesting the championship in full but will be on the starting grid tomorrow (Thursday) looking for a repeat of his opening round success in Dubai last month.

“We’ve got five drivers all capable of winning and there’s very little between us,” said Alesayi. “Qualifying will be crucial, but if you start from the front you can’t afford to make any mistakes.

“Based on his performances over the last two years, Abdulaziz is the one to beat and he knows how to win. But we’re all at the same level and in every race now there is very little to separate the driver who wins and whoever finishes fifth.”

Competition is also expected to be tough in the Mobil 1 Trophy for drivers over 45, and Qatar’s Saddon Al Kuwari will be under growing pressure as he tries to carry his 100 per cent winning record through a third double race weekend. 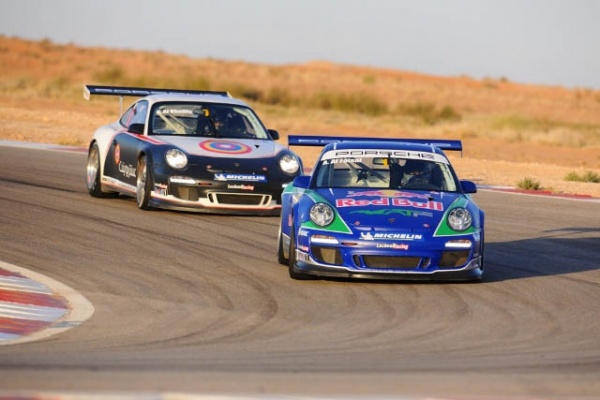 After claiming pole position for the second day in succession, Prince Abdulaziz led from start to finish and eventually won by 18 seconds to atone for his setback 24 hours earlier when the defending champion could only manage fourth place.

But the real drama unfolded behind him as Sheikh Salman survived a spin on the first corner which dropped him to fifth position and eventually snatched second place from Abu Dhabi’s Khaled Al Qubaisi in spectacular fashion on the final lap.

That was the climax of a breathtaking race-long battle for the podium places which changed hands several times as Salman, Al Qubaisi, teenager Fahad Algosaibi and Saudi’s Bandar Alesayi fought for every inch on the twisting Reem circuit.

After climbing from third to second place with a brilliant start, Al Qubaisi held on to that position until half way through the 18th and final lap when first Alesayi threatened to move past him before Sheikh Salman squeezed ahead of them both.

He now takes home a six-point lead over Prince Abdulaziz to carry into Rounds 7 and 8 at Bahrain International Circuit on February 18-19. 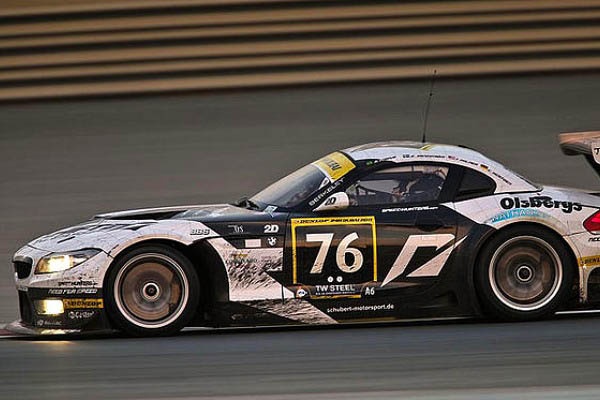 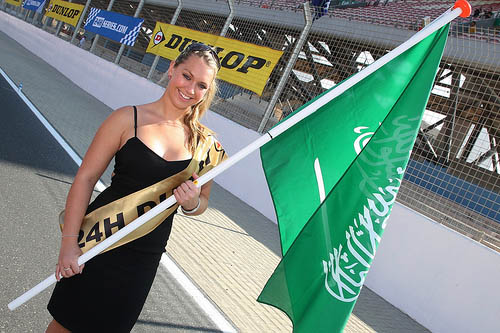 What do Schumacher, Mansell and Waltrip have in common? They were all racing in the Dubai 24-Hours; Cora, Greg and Michael that is, respectively. Ralf’s lady was in a Mini, as in Cooper, and finished 29th. The Mansell munchkins, Greg and Leo, were classified 22nd in their Lotus Evora.

Nascar star Michael Waltrip, entered in a Ferrari F430, did not suffer a ‘tar’ fire but had an engine flame-out during warm-up. 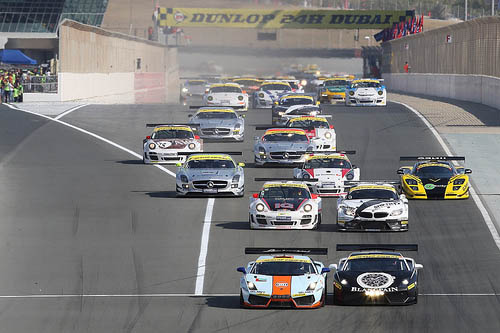 Lambo Field. Departure for the Dunlop 24-Hours of Dubai. A field of over 80 cars took the start in the sixth running of the Arabian endurance event. Leading the way from the front row was a pair of Lamborghinis. The inaugural event in 2006 was won by BMW; among the drivers were Hans-Joachim Stuck, who once drove for Bernie-owned Brabham F1 team, and Christian “Toto” Wolf, Austrian businessman, part investor in Williams F1 team and boyfriend of Scottish racer Susie Stoddard.

It took a Swede, Brazilian, American and a German lady to end Porsche’s run of three successive victories in Dubai. The BMW Z4 entered by Need For Speed Team Schubert was driven by Edward Sandström, Augusto Farfus, Tommy Milner and Claudia Hürtgen. 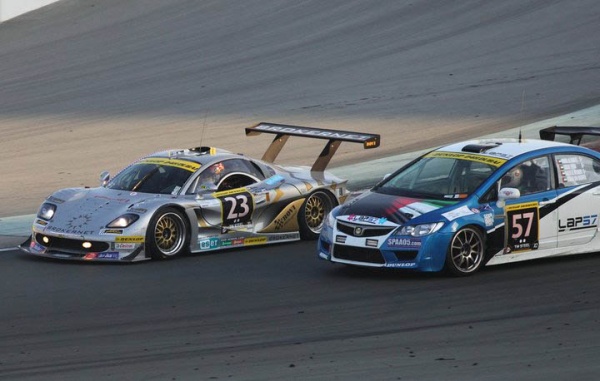 Umair Khan, a friend of F1weekly residing in Dubai, raced Honda Civic entered by Lap 57 team. They qualified second in their category and were close to a podium finish in their class when the engine quit.

The team is named as a tribute to the inaugural Bahrain Formula One Grand Prix, the first in the Arabian Gulf region which was contested over 57 laps. 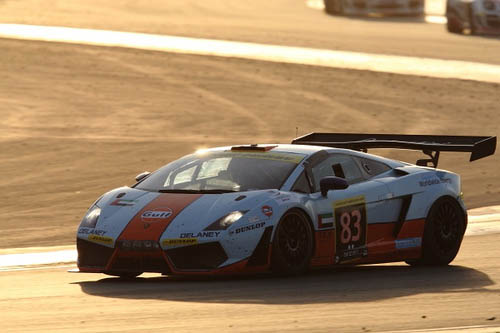 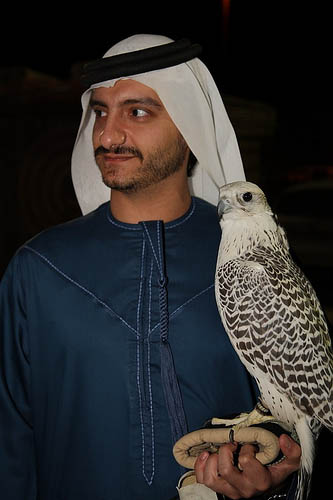 Dubai’s version of Falcon and Snowman 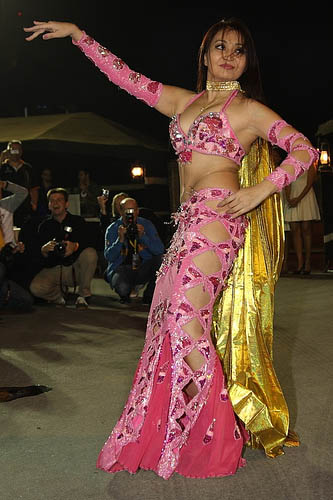 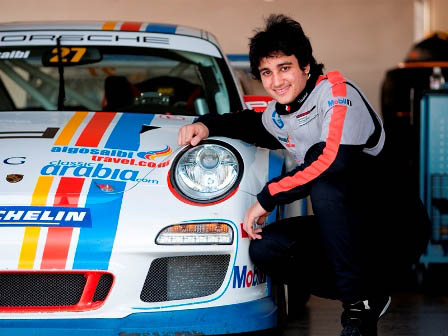 Abdulaziz on another mission to the top

Abu Dhabi. As Abu Dhabi prepares to decide another dramatic Formula One world title race on Sunday, one of the Arab world’s newest motor racing champions is aiming to make his own mark during an action-packed weekend at Yas Marina Circuit.

Saudi Arabia’s Prince  Abdulaziz Al Faisal is in a confident mood as he begins the defence of his title in the Porsche GT3 Cup Challenge Middle East, although he anticipates pressure from a number of directions as the series enters its 2010-11 season.

He scored three of his nine victories in the 12-round championship in Abu Dhabi last season, and the No.1 on his brand new 2011 Porsche GT3 Cup car reflects not only his domination of the inaugural series, but where he wants to remain.

“I’m looking to win the title again, and I’ve prepared well for the new season so I have given myself every chance,” he said. “I’m sure it’s going to be more difficult this time though, as the other guys have done their homework and will be trying to put pressure on me.”

With Abu Dhabi’s Khaled Al Qubaisi and Bahrain’s Sheikh Salman bin Rashid Al Khalifa both eager to make a winning start in Round 1 on Saturday afternoon, another threat to the reigning champion could come from much closer to home.

Saudi Fahad Algosaibi underlined his talent by becoming the youngest ever winner in the history of Porsche one-make racing at the age of 16 in Round 10 at Reem International Circuit, outside Riyadh, last season. 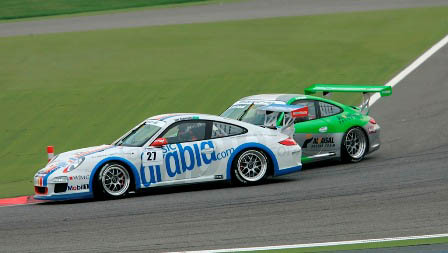 Beaten into second place that day, Prince Abdulaziz said of Algosaibi at the time: “It’s not bad to lose a race to someone like Fahad. He’s very talented and we’ll have to watch out for him next year.”

Also watching out for Algosaibi will be his father, Fawaz, who also returns to action in the Michelin and Mobil 1-sponsored series in another of the brand new Porsche GT3 Cup cars making their world competitive debuts in Abu Dhabi.

The opening rounds of the Porsche GT3 Cup Challenge Middle East are the official support races for the Formula One Etihad Airways Abu Dhabi Grand Prix.

GT3 Cup action gets under way with a practice session at 11:30am tomorrow (Friday). After a qualifying session starting at 12:45pm the following day, Round 1 gets under way at 3:25pm. Round 2 starts at 2:45pm on Sunday. 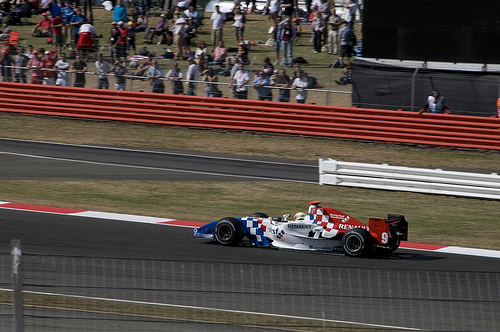 Turvey powers to pole in Abu Dhabi Englishman dominates qualifying session Oliver Turvey went one better from his fine performance in today’s practice by claiming pole position for the feature race in a dramatic qualifying session in Abu Dhabi ahead of Dani Clos and Sergio Perez. The Briton spent the whole session at the sharp end of the timing sheets, but a late lap of 1:48.559 couldn’t be bettered by his rivals, handing Turvey his first GP2 Series pole position by almost half a second. With temperatures soaring this afternoon following a quiet practice session and a sudden downpour of rain just afterwards, the drivers were immediately on the pace: Perez, Turvey and Jules Bianchi were fighting fiercely for the top spot from their first flying laps, alternating the quickest times between them as they circulated. Ten minutes in and Turvey was on top (by just 0.009s), at fifteen Bianchi led the way, and with temperatures starting to slide it was difficult to know what to expect from the second set of tyres. Luiz Razia answered that question by being the first man on track and promptly putting himself in P2, and when his rivals returned to the circuit warfare recommenced. With a few minutes remaining Perez went top, with Clos squeezing by a few seconds later, but Turvey laid down his marker and gave his rivals just three minutes to improve upon it: no one could get close, and it was all over as the chequered flag dropped. Behind the top three Fabio Leimer did a fantastic job to claim fourth on tomorrow’s grid, ahead of Davide Valsecchi, Bianchi, Razia, Giedo van der Garde, Romain Grosjean and Sam Bird, all of whom were within a second of pole: tomorrow’s race promises to be as scorching as the weather conditions.