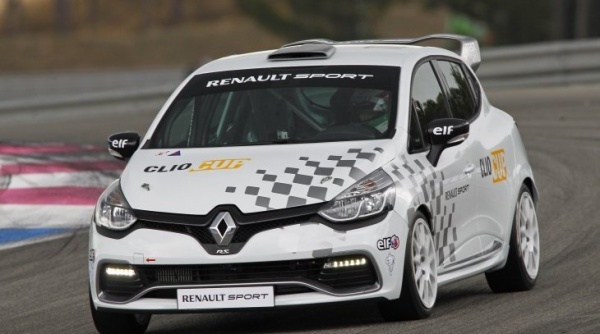 The World Series by Renault Organising Committee has released the list of 19 teams that will form the starting grid for the 2013 Eurocup Clio season, with 38 New Clio Cups lining up in all. The first get-together of the year will be April’s collective testing sessions at Motorland Aragon, just a few weeks before the big kick-off at Imola in the middle of May.

Based on the New Clio Renault Sport 200 EDC, the New Clio Cup is the major development of the 2013 season. Developed by Renault Sport Technologies, this all-new race car will compete exclusively in Eurocup Clio next year before joining the national championships in 2014.

After sifting through a large number of entries the World Series by Renault Organising Committee selected 19 teams with the aim of having 38 New Clio Cups on the grid. Nine of the outfits that contested the 2012 season will be on duty again, among them RMS Engineering, the winner of this year’s drivers’ title with Oscar Nogues, and Milan Competition, who won the 2011 drivers’ crown with Nicolas Milan and the 2012 team championship.

Featuring among the 2013 Eurocup Clio newcomers are Lema Racing Team of Slovenia, Ralf Car of Russia and the British outfit Team Pyro. 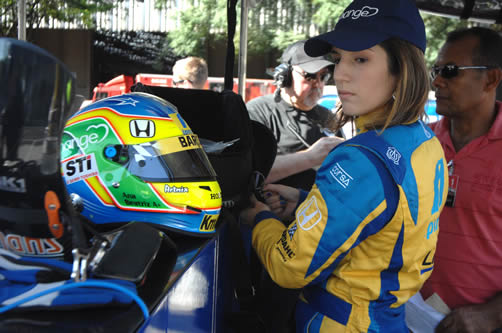 Beatriz will race for Andretti Autosport in her hometown event, the São Paulo Indy 300 (April 27-29), and then attempt to make her third Indianapolis 500 start in May as a co-entrant for Andretti Autosport with operational support from Conquest Racing. Beatriz will race the No. 25 Chevrolet sponsored by Ipiranga, one of Brazil’s iconic petroleum and convenience retail companies.

“Driving for Andretti Autosport is the biggest opportunity I’ve had in IndyCar and my career,” Beatriz said. “I am very honored to be part of Michael’s (Andretti) team for Brazil and the Indy 500. I would like to thank my management team, Andre Ribeiro and Augusto Cesario, for putting this deal together with Michael, John (Lopes) and JF (Thormann). Also I am very happy to have Ipiranga supporting me again for these races and Andretti couldn’t be a better fit. I am very much looking forward to working with the team, Marco (Andretti), James (Hinchcliffe) and Ryan (Hunter-Reay).”

The 27-year-old Beatriz will drive the fourth entry for Andretti Autosport at São Paulo, joining teammates Marco Andretti, James Hinchcliffe and Ryan Hunter-Reay. For the Indianapolis 500 she will pilot a fifth Chevrolet-powered car for Andretti (Sebastian Saavedra will be the team’s fourth driver in an AFS Racing co-entry). Beatriz completed a test session with Andretti Autosport in March at Sebring International Raceway.

“I’ve been watching Bia for a few years,” said Michael Andretti, Chairman, President and CEO, Andretti Autosport. “She was very strong in Firestone Indy Lights, and I was impressed by the pace she showed there. This opportunity is a good fit for us as a team. Brazil is an important, growing market for many of our sponsors, so to have a Brazilian driver and Ipiranga come aboard with us made a lot of sense. This opportunity came to us late so we are grateful for the operational support provided by Conquest Racing.”

Beatriz, who goes by the nickname ‘Bia,’ came up through the Brazilian karting and open wheel ranks before she entered Firestone Indy Lights in 2008. She was the first woman to win in the series with a victory at Nashville in 2008, and she followed-up with a second oval win at Iowa in 2009. Beatriz has 20 previous starts in the IZOD IndyCar Series, with a career-best finish of 11th at Toronto in 2011. She made her first IndyCar start in 2010 at the São Paolo race. She is the first Brazilian woman to start in the Indianapolis 500, where she has twice finished 21st.

Beatriz’ addition to the grid in Brazil means that a total of 27 cars will make the trip to Sao Paulo for the third Itaipava Sao Paulo Indy 300 on April 29. INDYCAR CEO Randy Bernard said provisions were made to bring 27 cars to Brazil.

“After the decisions had been made, our promoter BAND  asked us to add Ana Beatriz to the field, and we were happy to accommodate that request without limiting the field for the race,” Bernard said. 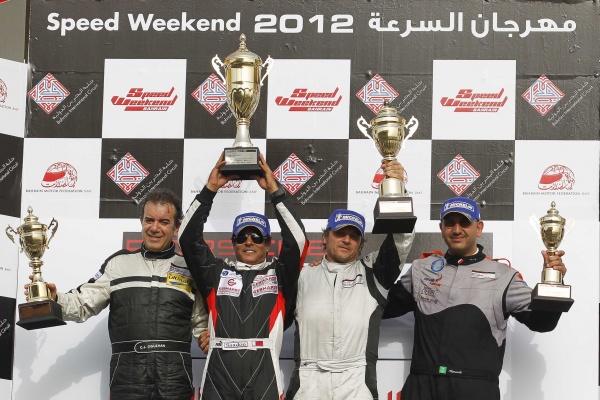 Schmid won by ten seconds from Bandar Alesayi who edged out newly-crowned champion and fellow-Saudi Abdulaziz Al Faisal as they fought out a gripping duel for second place.

After clinching pole position for the ninth time in 12 rounds, Schmid was never troubled as he notched up his sixth victory of the 2011-12 campaign to secure third place overall.

Alesayi made sure of finishing runner-up to Abdulaziz in the Porsche GT3 Cup series as he swept past the two-times champion on the seventh of 12 laps. The UAE’s Karim Al Azhari failed to finish after a collision with Swiss driver Armin Schmid.

Mercedes enjoyed a successful first run of its 2012 Formula 1 car at Silverstone today ahead of its test debut at Barcelona next Tuesday.

The Mercedes F1 W03 completed the 100 kilometers of running permitted on a commercial filming day using Pirelli demonstration tires, with both Nico Rosberg and Michael Schumacher taking turns behind the wheel. VP of motorsport Norbert Haug hopes the “pre-test” will allow the team to hit the ground running next week.

“Judging the performance on a roll-out day is very difficult because you run on demo tires and it was on the short circuit, but the car did everything it was supposed to do,” Haug said. “There’s a limit of 100k, so Nico did 50 in the morning and then we changed to Michael. There were no teething problems and now we are heading to Barcelona.”

Details of the new model are sketchy, but the glimpses seen of the car so far reveal that, like all but one of the teams who have so far unveiled their new machines, it features the so-called “platypus” nose that only McLaren has opted against.

“The nose is the most discussed issue,” said Haug. “It’s a stepped nose as some have seen. It’s a very nice solution really and a very dynamic one.”

Haug added that the extra 10 days of preparation time gained by not running the new car at last week’s first test at Jerez have been put to good use. In addition to mileage completed using the old car at Jerez on the 2012 Pirelli tires, Haug believes that the simulation work done at the team’s Brackley, UK base leaves the team in good shape.

“We have done some very good simulations and calculations and worked a lot inside the company,” said Haug. “We had the car on the rig ahead of time and simulated using the engine, gearbox and KERS for quite a while. So we are positive and the target has to be to hit the ground running [at Barcelona].

“We learned something with the old car concerning the new tires and specifically ran with the blown diffuser because the comparative data with the old tires was gathered under these conditions. We learned a lot and hopefully we can translate what we have learned into the new car.”

This article originally appeared in Autosport.com 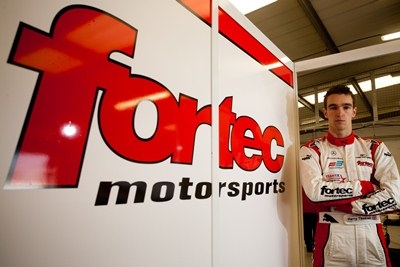 We now invite you to enjoy our conversation with British Formula 3 race winning driver Harry Tincknell. Harry is a young man in a hurry after discovering karting in Sardinia while on a family vacation.

Harry and I first met in the desert of central California in 2007 when he came out to test a Formula BMW car at beautiful Button Willow. It is a very nice facility for testing but not a place for champagne and caviars.

His first full season in single seaters was in 2009, he was fifth in the Michelin Formula Renault UK Championship, and won the Winter Cup, winning two of the four races.

Last season he moved up to British Formula 3 with Fortec Motorsports, taking one win and four podium finishes to finish 11th in the final standings.

Hope you enjoy the conversation, thank you.