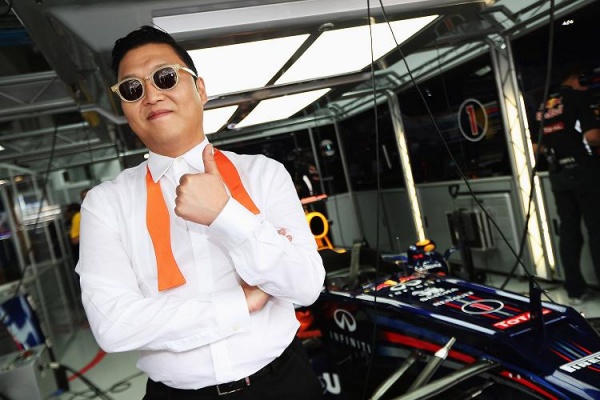 RED BULL WINS IN KOREA
Team extends lead in Constructors’ and Seb moves ahead in Drivers’…
Car 1 SEBASTIAN VETTEL, Finish Position: WINNER! Start Position: 2nd
“I think it was a perfect day for me and the team. It was important to get a good start. I was able to out-accelerate Mark and get side by side, I had the inside for Turn 3 and a good exit, which meant I could stay ahead for Turn 4. I was in the lead, but we have seen before that it doesn’t always stick. My one mistake today was a lock-up going in to Turn 3, but with the tyres it was marginal for everyone. You couldn’t push so much and my front right didn’t look too happy from the inside many times. We were able to pull away in the first and second stint and hold it for the third. We will have to do our best to remain where we are now. We have to just keep it simple and do our job.”
Car 2 MARK WEBBER, Finish Position: 2nd, Start Position: 1st
“I had a bit too much clutch off the line, which was disappointing. I put up a fight on the back straight with Sebastian, as it wasn’t all over. I tried to make a move, but once I pulled out of his slipstream, both of us were on the same speed. After that I was going quite well in the first part of the race. I couldn’t use DRS, due to the yellow flags and after that it became a tyre battle. The second stint wasn’t so good, as I went a bit slower to conserve the tyres, but that made the degradation a bit worse. The last stint was the strongest, but it was too late by then. Congratulations to Sebastian on the win and it’s great for the team that we got a one two, especially for the Constructors’, but I have mixed emotions. It was a good result, but of course, I wanted to get the top result today.”
CHRISTIAN HORNER, Team Principal: “A phenomenal team result. It was our first one two of the season and a great performance. Both drivers executed excellent races. Sebastian made the better start and he and Mark ran side by side all the way down the straight to Turn 3, but gave each other just enough room. Thereafter it was a case of tyre management and executing a good strategic race, which we did with both cars to seal our first one two of 2012. It’s been a very positive ten days and it’s important we continue to build on the momentum going into the final four races.”
CYRIL DUMONT, Renault: “A fantastic result today. We started first and second and finished in the same positions, but with the drivers the other way around. Seb took the lead in the Drivers’ Championship which is very good result from this race. We have had a good feeling from the last two races and I just really hope we keep this momentum going for remaining four.”
NASCAR