Rod Nelson, Chief Test & Support Engineer:  Having covered most of the bases in terms of reliability, we concentrated more on performance today as we had planned to do. As we don’t get the opportunity to test very much on a race weekend, we really look to do some significant tests when we have the tyres available to do so and we did some pretty positive tests today to continue learning about the car. This afternoon we did a full qualifying simulation with Felipe and we are pleased with how that turned out, so it’s been a good day for us.

Felipe Massa: We had a very good day today doing almost 100 laps. We did a lot more performance work in the car which is something that we haven’t done so much of so far. I’m really happy with the car and feel we found a good balance. We did so much work on the set-up but it is very important that we go to Australia prepared. Of course you are always happy when you see your name at the top in first place, but as well as performance, today was good for the mileage and reliability of the car which we know is needed for Australia. You can never be sure that you are 100% ready for the first race, but I feel that what we have done in these days testing has been important for making sure that we have a car that can not only get to the end of the race, but that will have good performance as well. 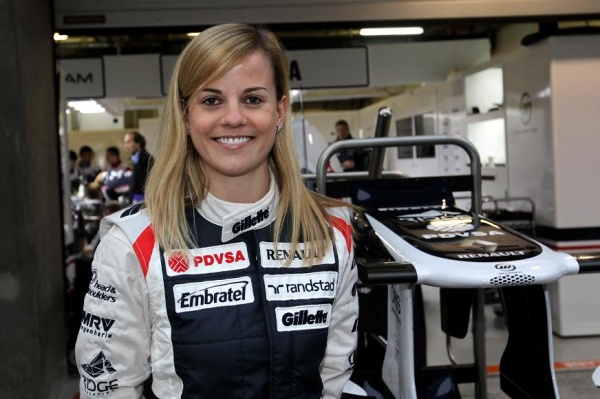 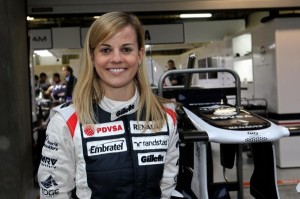 Williams is pleased to confirm that Susie Wolff will be continuing as the team’s Development Driver for 2014 in an expanded role that will see her take to the wheel of the Williams Mercedes FW36 in two FP1 sessions this season.

Susie joined Williams in April 2012 and has played a valuable role in helping to develop the FW34, FW35, and the new Williams Mercedes FW36. In 2014 Susie will continue to work in the Williams simulator to help further develop the FW36. Driving for Williams in two FP1 sessions this season will see Susie become the first female driver to compete in a Formula One Grand Prix session in over two decades, and builds on her promising performance for Williams in last year’s Young Drivers Test in Silverstone. Prior to joining Williams Susie spent seven seasons driving in DTM, and was twice nominated for the prestigious BRDC Young Driver of the Year Award.

Speaking about Susie’s continued role with the team Pat Symonds, Chief Technical Officer, said: “Susie has become a valued member of our driver line up and 2014 will see her take on more responsibilities as we seek to make a strong step forward in performance. Susie has demonstrated a natural talent for developing a car and providing strong feedback and these sort of characteristics will be key this season as teams seek to quickly understand and refine the radically overhauled 2014 cars.”

Speaking about her continuation with the team Susie added; ”I’m grateful for the support and belief Williams continue to show in me and 2014 promises to be a very important milestone in my career. My responsibilities within the team have steadily increased as I have proved myself, culminating in the opportunity to test the car at Silverstone and conduct straight line aero tests last season. Competing in two FP1 sessions, alongside an additional full test day this season will be a big step and I am looking forward to the opportunity to get behind the wheel of the FW36 on a Grand Prix weekend. It’s a challenge that I will relish and it will be a great chance for me to continue assisting the team.”