A Winner. From Buckinghamshire to Brickyard

In October 1999, talented Canadian racer Greg Moore was killed in the season finale at the California Speedway in Fontana, east of Los Angeles.

Sunday, a dozen years later, tragedy and history repeated itself at the Las Vegas Motor Speedway.

Dan Wheldon, out of a ride since his dramatic last corner victory in the Indianapolis 500 in May this year, lost his life in the season finale while chasing a $5m purse from the back of the grid.

Wheldon’s Sam Schmidt’s entered car was involved in a multiple-car pile up shortly after the start. The carnage, with more than one machine on fire, forced the race to be red-flagged.

Born June 22, 1978 in Olney, Buckinghamshire, Wheldon took up karting at the age of four, and won three championships in a row, 1988-90. In 1995 he won the World Cup Formula A karting championship, and was fourth in the European Championship.

Later, while competing in cars, he won the famous Brazilian kart race Granja Viana in 2004 & ’05. 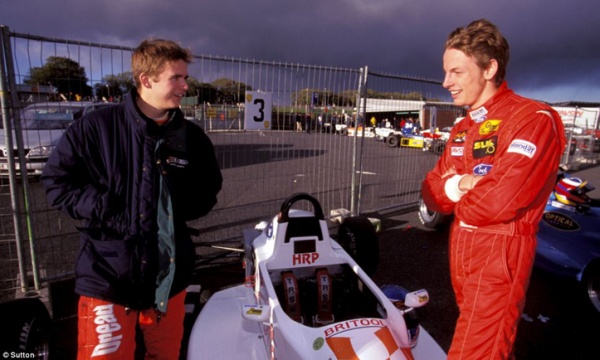 His single seater career in UK and Europe saw him in Formula Vauxhall and Formula Ford. He was a top five contender in every series, and finished second in the prestigious Formula Ford Festival of 1998 at Brands Hatch behind a certain Jenson Button.

Unable to raise the funds to compete in British Formula 3, Wheldon crossed the pond to explore the American racing landscape. He sailed to success in the 1999 US F2000 Championship in his Rookie year, scoring six wins and 11 podium finishes from 14 starts.

He continued to climb the racing ladder and make his mark, capturing the Rookie of the Year award and second overall in the very competitive 2000 Formula Atlantic series with a pair of victories, including winning on debut, and 7 podium appearances in 12 races.

His third successive Rookie title was achieved in the 2001 Indy Lights series. Again he was second in the championship with two wins and seven podium finishes.

His first Indy Car start was with Panther Racing in 2002, and the following year stage was set for mega success when he joined Michael Andretti’s team, then known as Andretti Green Racing.

The now customary Rookie of the Year award was achieved in 2003 and in 2004 Wheldon won his first Indy Car race in Japan. Two other victories and 11 podium finishes from 16 starts would place him second in the championship behind teammate Tony Kanaan, the man who was leading the race on Sunday in Vegas when tragedy struck.

“Actually won the Indy 500” in 2005. And that was the t-shirt he had made after Danica Patrick got all the glory for leading the race in her first attempt at the Brickyard. Wheldon’s victory at Indy was the first for an English driver since Graham Hill in 1966. He also became series champion with a total of six wins and nine podium finishes.

For the 2006 season he moved from Andretti Green to Chip Ganassi’s team and won the season opener at Homestead. Second victory was scored in season finale in Chicago. He stayed with the Target sponsored team for two more years – winning two races each season.

In 2007, he would repeat his season opening success in Florida, by now his adopted home in the new colony. His other victory was in Kansas.

His final year with Ganassi in 2008 saw him again win in Kansas and he celebrated his 30th birthday with second victory of the season in Iowa, where he donated his winnings to flood victims of the area.

Wheldon’s next move was to Panther Racing where he went winless in 2009 and 2010, but recorded runner-up position both years at the Brickyard. His final Indy car victory was on Memorial Day weekend this year when he pounced on the misfortunes of JR Hildebrand crashing within sight of the checkered flag. 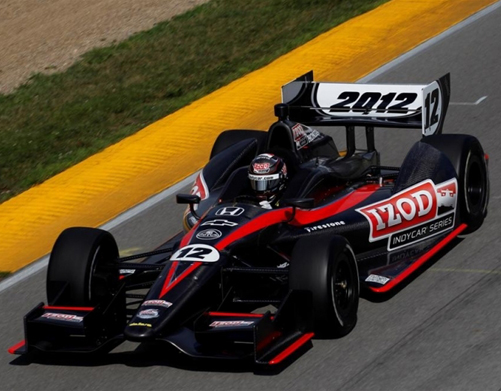 This year he was the test driver for the all-new 2012 Dallara Indy car. The Italian constructor has now announced their new car will be named in his honor.

Dan Wheldon was 33. He leaves behind a wife, Susie, and two young sons, Sebastian, and Oliver.

F1weekly extends our condolences to the family.

“He left us doing what he loved.” – Clive Wheldon

After walking away from a season of Nascar racing, the Scottish driver switched back to Indy car racing with Chip Ganassi’s team. Five wins and five poles during the season gave Ashley’s Ace his second championship in three years.

Franchitti was victorious in Long Beach, Iowa, Toronto, Sonoma and Homestead where he “outfoxed” his teammate Scott Dixon and Penske pilot Ryan Briscoe on fuel strategy to grab victory in the race and the championship.

His previous career high point was winning the 2007 Indy 500 and the IRL championship. For more information on his career we recommend a visit to:

Williams has confirmed they will end their engine-supply relationship with Toyota.

FIA candidates Todt and Vatanen trading blows ahead of next Friday’s election.